'Maybe the Illuminati are behind this game' 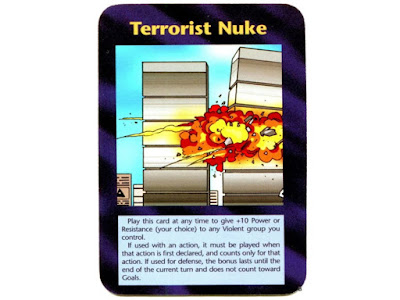 "An out-of-print multiplayer card game that first appeared in 1994 is continuing to attract interest and unease online over its apparently eerie ability to “predict” major global events, from 9/11 to the election of Donald Trump, the coronavirus pandemic and the riot at the US Capitol on 6 January this year.

"Illuminati: New World Order was released by Steve Jackson Games and cast the player as a puppet-master pursuing world domination on behalf of their chosen mythic secret society, the game offering a choice of the Bavarian Illuminati, the Discordian Society, the UFOs, the Servants of Cthulhu, the Bermuda Triangle and the Gnomes of Zurich."

More here from the Independent.