1978 interview with Wilson and Shea 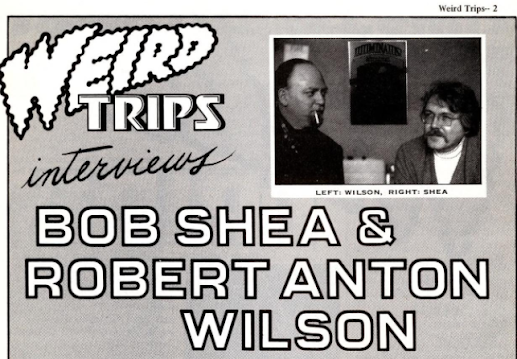 While doing some research into Eldridge Cleaver, Jesse Walker stumbled into a 1978 interview with Robert Anton Wilson and Robert Shea (mostly Wilson) that appeared in 1978 in Weird Trips magazine. There's a lot of discussion of topics covered in Cosmic Trigger and The Starseed Signals. This is a substantial interview not available at the Robert Anton Wilson Fans site. Thanks, Jesse!

Wilson: "What we've done in Illuminatus! is to give several versions of reality and let the reader decide which one is the most believable. And then people ask us which is the real explanation. Our answer is we don't know any better than anybody else. Everybody should think for themselves."