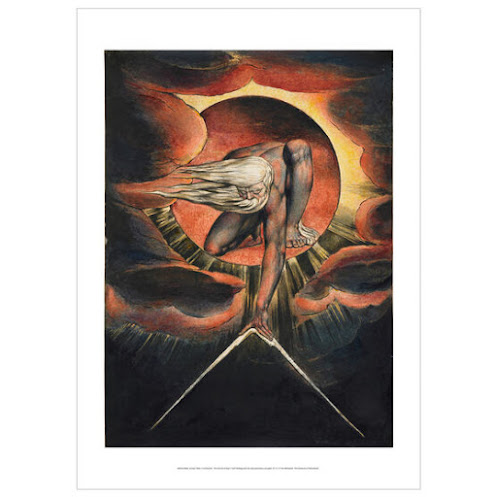 The Social runs an excerpt from John Higgs' soon to be released book on William Blake. A bit of it:

"There is now a long tradition of Blake being celebrated by authorities in ways that were, to those who understand his work, fantastically inappropriate. When the Labour and Conservative parties sing ‘Jerusalem’ at their party political conferences, they are presumably unfamiliar with the context of those words in the preface to the poem Milton. As they heartily bellow the lyric, moved by the stirring music, they seem unaware that they are calling for the revolutionary overthrowing of the ‘ignorant Hirelings’ of ‘the Camp, the Court, & the University'."

Here is another bit.

"His work is deep and rich and no matter who looks into it, they will always find their own prejudices and interests reflected back. Perhaps he is too big a mind for us to ever properly grasp, and we are doomed to always fail. Perhaps the best we can do is find our own version of Blake, and take pleasure in knowing how incomplete it will appear to others.

"We owe it to Blake, though, to at least attempt to get the basics right. Blake’s understanding of the world was profoundly different from not just his contemporaries, but from western philosophy in general. It is a perspective which, if grasped, offers us a vision of ourselves, our country, and the wider world which would utterly transform our future."