Brenton Clutterbuck on the Illuminati 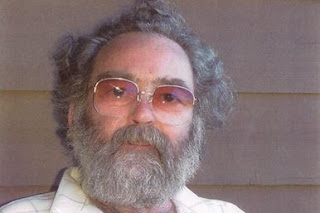 Brenton Clutterbuck has been writing a series of posts for Historia Discordia on the Illuminati. His latest, "The Illuminati Files, Part Two: A Truly Modern Conspiracy," takes the Illuminati into modern times and shows how Discordians, Illuminatus! authors Robert Anton Wilson and Robert Shea and others have kept the Illuminati in public consciousness. He writes,

"The Illuminati perhaps remains so powerful in the public consciousness today because it speaks to the need to fill in the gaps — the dark shadowy gaps — in our knowledge of the world. Every trove of top secret documents that spills out from a Wikileaks page or a pastebin, every release of unclassified documents, every whistle-blower and truth-teller betrays the existence of a murky world of conspiracy that lives beneath the surface of our otherwise normal and logically consistent existence."

Historia Discordia boss Adam Gorightly (who has a new UFO book out I've just bought) has been posting other items to the website, including a March Eris of the Month and a fine photograph of Kerry Thornley and his wife in the 1960s.