Notes on the contributors for the new RAW book 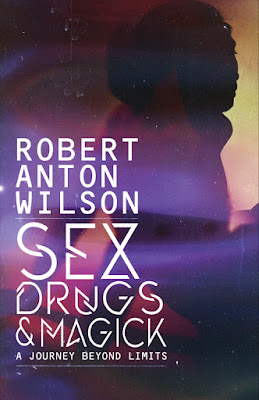 As I mentioned yesterday, the new Hilaritas Press edition of Sex, Drugs & Magick: A Journey Beyond Limits has an unusual number of additional pieces, from eight different people. I thought it might be useful to tell you a bit about each one and offer links to find out more. Checking out their music etc. should keep me busy for awhile.

The comic book writer and author of The Invisibles.   Prop Anon interviewed him about Illuminatus! and other RAW topics. You can follow him on Twitter.

Damien Echols is a ceremonial magician. You can find him on Twitter and also he has a Patreon account.

Philip Farber is the author of many books on magick; you can browse his titles on Amazon.

Ian "Cat" Vincent is a British magician and writer, mentioned quite a few times on this blog; you can for example read my 2016 interview with him and listen to an interesting recent podcast.  He is active on Twitter.

Rodney Orpheus is musician known for his band The Cassandra Complex but notice also his book Abrahadabra: Understanding Aleister Crowley's Thelemic Magic. He also is active on Twitter.

Andrew O'Neill is a British comedian, musician, presenter and writer.  On Twitter, but also check out the Patreon account.

Singer in the band 3Teeth. He also is on Twitter. And you can find him on Patreon.

Lead singer for Arden and Wolves and for Prospertine. Follow on Twitter. Also, do yourself and favor and check out this music video, which I couldn't really explain at the time.