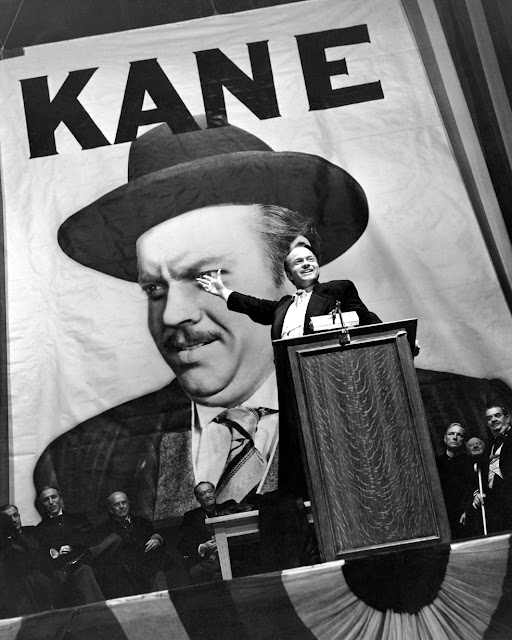 The artistic legacy of Orson Welles isn't treated fairly or accurate in the movie Mank, which has ten Oscar nominations, Alex Ross writes in a recent article for the New Yorker.  Ross focuses on the movie's "endorsement of the discredited but somehow indestructible tale that Welles had nothing to do with the writing of Kane" and assembles considerable evidence to back up the claim that Mank gets it wrong.

Ross also thinks Hollywood in general has not done well by Welles:

"The deeper problem is that these movies perpetuate dubious biographical clichés about Welles, characterizing him variously as a tyrant, a charlatan, or a drunk. The critic Joseph McBride has analyzed the subgenre in terms of Harold Bloom’s anxiety of influence: directors are 'so intimidated by the influence of Welles that they feel they have to tear him down.' They may also hold an abiding grudge against a filmmaker who never found a place within the Hollywood system and therefore never had to compromise with it."

UPDATE: Eric has now sent me a link to a Guardian article that calls Mank a "death wish of a movie."