Scott McPherson, the wonderful Scottish cover artist for the new Hilaritas Press editions of RAW's work, recently posted some rejected early covers for three titles on his Twitter account, @amoebadesign. Here they are, with the final covers for comparison: 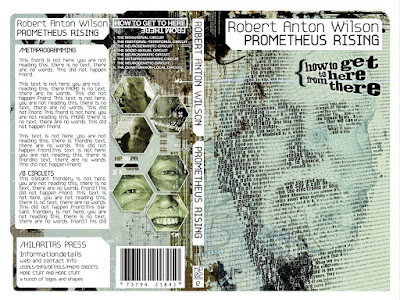 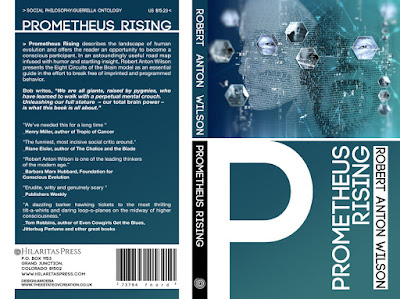 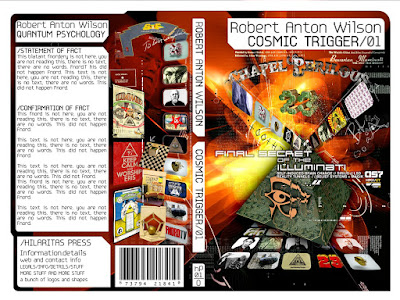 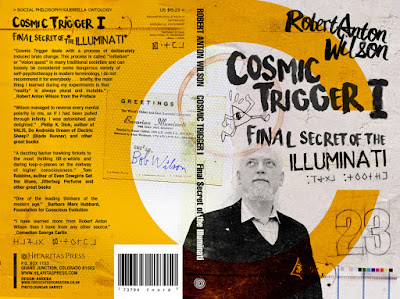 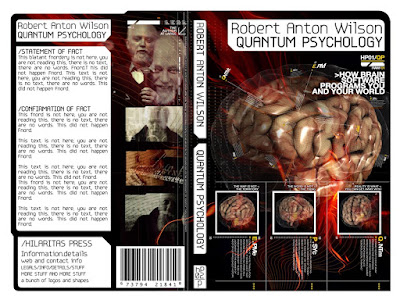 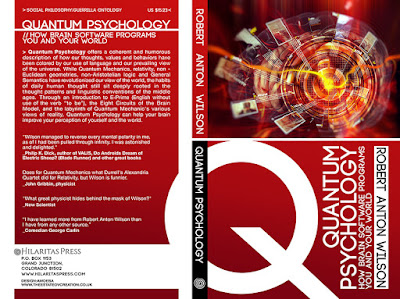 I guess he probably made the right call (I have no information on the possible back and forth with Rasa, who obviously also is a talented artist). But I really like that early Prometheus Rising cover!

The covers, including the alternate versions, would make a pretty cool art exhibition, and also might work as prints.
on October 04, 2018

I'm with you on Prometheus Rising—nothing against the cover they ended up using, but I think I like the earlier one better.

Interesting! Well, I think Hilaritas made great choices. I like the final versions way better.