A 'long conversation' about RAW? 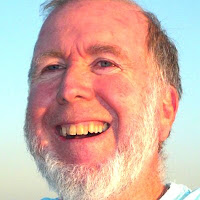 I subscribe to the weekly Recomendo newsletter, put out by Mark Frauenfelder and others, that has recommendations on cool things to make your life more productive or interesting. The latest issue had an item by Kevin Kelly about "long conversations":

"A 'long conversation' is a new format for a conference. Two speakers begin a conversation on stage. After 15 minutes one of the two speakers is replaced by a new speaker and the conversation continues, and every 15 minutes for the next 8 hours a speaker is swapped out. (Each speaker converses for 30 minutes.) The day is engaging, unpredictable, passionate, diverse, informative, and entertaining. It’s a format invented by Long Now Foundation that is worth stealing. For an example, here are highlights from a long conversation held at the Smithsonian. "— KK

The item caught my imagination. It seems to me that such conversations don't have to last for eight hours, but that the idea could be adapted for a podcast lasting maybe an hour or an hour and a half. Topics could include single RAW works such as Masks of the Illuminati or single themes such as "RAW and Magick" or "RAW the libertarian." I don't have a lot of spare time these days, but I'm going to try to organize something within a reasonable time and see if it works.

Kevin Kelly was a co-founder of "Wired" magazine and has various cool interests.