An 'Insider' on RAW and Beethoven 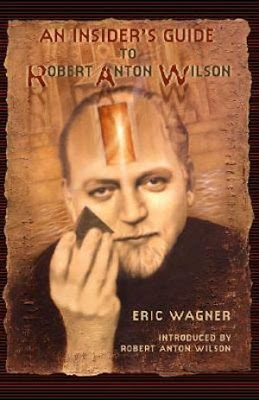 As we are currently running Eric Wagner's online discussion group on the Beethoven string quartets and Joseph Kerman's book about them (new entry tomorrow), I wanted to remark that Eric's book, An Insider's Guide to Robert Anton Wilson, has a good-sized "Lexicon" section, a reference section where you can look up many aspects of Wilson's work.

Included is an entry on Beethoven, here is part of it: "Wilson makes more references to Beethoven's music than to any other music in his books. In Illuminatus! a character talks about the late quartets. Beethoven's late music permeates Schroedinger's Cat: the 'Hammerklavier' gets mentioned over and over again, 'Dr. Raus Elysium' in that novel comes from a pun on the Ode to Joy ('Tochter als Elysium') 'Muss es sein?' comes from the quartet Opus 135, a character calls the Ninth 'unsuccessful tantric sex,' etc.

"Wilson uses Beethoven's Ninth Symphony, along with other music, as soundtrack in both of his screenplays..."

Insider's Guide also has a separate entry on  "Muss es sein?" There are also entries on Johann Sebastian Bach and Wolfgang Amadeus Mozart.

Eric's book is only $5 for the Kindle version, so you can stick it on your phone (using the Kindle app), giving yourself a handy reference book as you work your way through Wilson's work.
on October 21, 2018

I have been meaning to grab a copy of Insiders Guide.Thanks for the reminder.