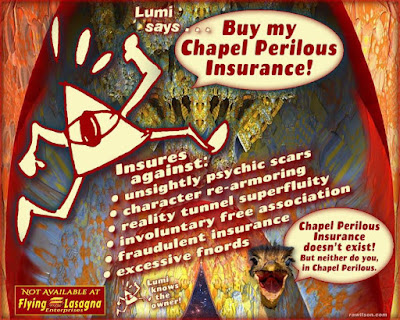 Another one from Rasa.

Was Gary Hart set up?  Via Supergee. The more I read about Democrats and Republicans, the more I wonder why there aren't more libertarians. Then again, if I understood that, I might also be able to grasp why masses of Americans don't turn away in disgust from the current GOP.

Jacob Sullum on pot legalization in Canada. If Mr. Sullum isn't the best journalist in the U.S. on drug issues, he is surely a close runner up. I need to find out if he does interviews.

"Neo-liberalism has been incredibly successful, essentially delivering on all of its promises of economic growth, declines in poverty, and peace." And see also this.

What the hitchhiker learned.  Yes, a lot of stuff from Marginal Revolution, which has been particularly good lately, although I disagree with Tyler Cowen on marijuana legalization and will write about that soon.

Odd that a fan of RAW would make the claim that cannabis lowers intelligence.