'Reality is what you can get away with' 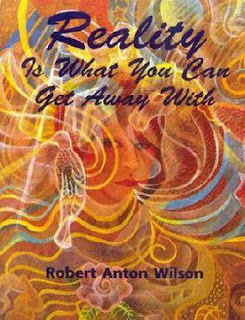 "Reality is what you can get away with," the saying created (or at least popularized) by Robert Anton Wilson pops up in "The Constitution of Knowledge," a piece by Jonathan Rauch in the latest issue of National Affairs. (Rauch's piece is about how well institutions are doing in the search for truth in the Trump era; he likes the performance of the courts and the news media, but college campuses not so much.)

RAW's phrase pops up at the end of the first paragraph. It's also the title of a RAW screenplay published as a book that will be republished by Hilartas Press.