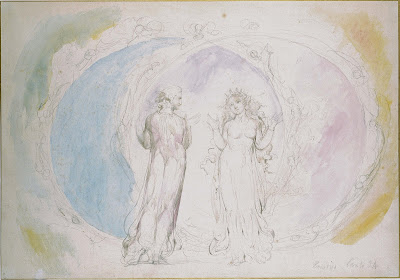 Dante and Beatrice from the Divine Comedy, as depicted by William Blake. Source.

A couple of interesting bits from the latest John Higgs newsletter:

Higgs also reports delivering the manuscript of a new book to his publisher, but he coyly omits any details, promising news at a later time. Meanwhile, if you haven't yet, read his Watling Street book, which talks about writers such as Blake, Alan Moore and Steve Moore (read my review.)
on August 05, 2018