The poetry of RAW 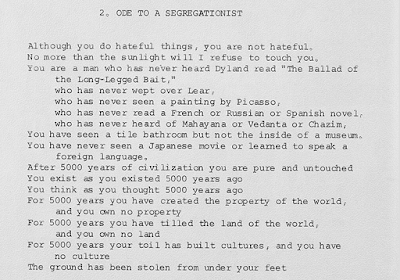 Yet another interesting discovery from Martin Wagner: Several poems by Robert Anton Wilson.

I particularly liked "Two Laments." The second of the two, "Ode to a Segregationist," sounds like a depiction of a modern Trump fan.

Also was interested to see RAW express interest in John Cage; in general, he didn't talk too often about modern composers.