A Prometheus winner accepts his award 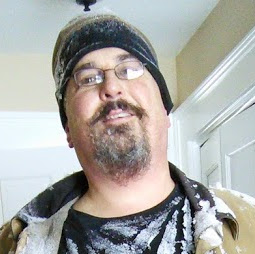 Travis Corcoran won the Prometheus Award this year for his novel, The Powers of the Earth.

When I read the book, I not only enjoyed it, I was sure he would win. I haven't had that experience since Cory Doctorow's Little Brother.

Corcoran received his award on the ongoing Worldcon in San Jose. He could  be there, but sent an acceptance speech posted on the Libertarian Futurist Society's blog.

It's an interesting piece which argues (among other things) that leftists have largely taken over science fiction, to the exclusion of other voices.

My feelings about "PC culture" in fandom are more mixed than Mr. Corcoran's. I actually think it's mostly a good thing. I'm not a fan of racism and sexism.

I think it's good that women can come to conventions with an expectation of safety. I don't pine for the "good old days" when women had to be warned not to get into an elevator with Isaac Asimov.

At the same time, I do sometimes see signs that Corcoran has a point, that fandom and SF publishing is not exactly in a "let 1,000 flowers bloom" mode.

Mary Robinette Kowal, a science fiction writer (I don't believe I've read her yet), recently published a Twitter thread on how to do proper programming at conventions.

Although the ostensible subject is "inclusion," she also is obviously concerned with making sure wrong thinking people aren't allowed to take part.

It's necessary to have a "strong and appropriate moderator" who can weigh on on panelists "who would be good fits." If someone volunteers for a panel and they aren't known to the organizers, it's important to vet them to prevent doubleplusungood thought from wandering in: "Sometimes no one on the committee knows them, but research solves that."

Some people simply should "never get on programming":

"We also, honestly, have a Red Flag and Caution field. Red flags will never get on programming. Caution means that we are very careful about the topics that person can go on because they've gone off the rails before, but with the right moderator have things to contribute."

Is this sort of vetting common at conventions? I don't really know.