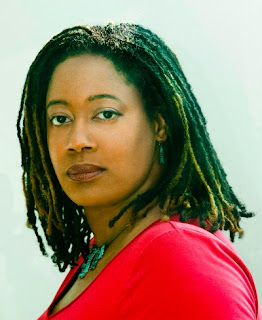 As there is some associational interest in science fiction at this blog, I thought I'd pass on some interesting news: N.K. Jemisin won for best novel for The Stone Sky. She had also won for the previous two novels in the trilogy, which as I understand it as unprecedented. (I really liked The Fifth Season, but I got kind of tired of them with The Obelisk Gate and The Stone Sky.)

Full Hugo results here. (I didn't read any of the other "best novel" finalists.) You can read some of Jemisin's reflections on Twitter.

Anyone who is paying attention will notice the prominence of women in the current wave of emerging science fiction and fantasy authors. Ann Leckie is obviously a major writer, too, although my favorite new writer (of any gender) is Ada Palmer.
on August 22, 2018

Thanks for sharing this. It pleased me to see the Heinlein wins in the retro Hugos.