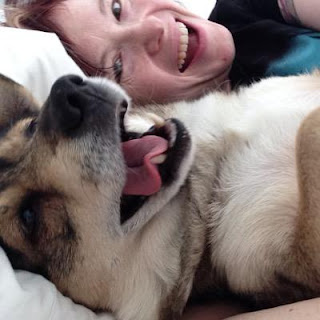 Lunar, a music and arts festival scheduled for July 27-29 in north Warwickshire, will feature bands such as the Stranglers and some speakers who include names familiar to the RAW community, such as John Higgs and Michelle Olley.

The Lunar website's summary of John's work is pretty good:

John Higgs is author of The KLF: Chaos, Magic and the Band who Burned a Million Pounds; I Have America Surrounded: The Life of Timothy Leary; and Stranger Than We Can Imagine: Making Sense of the Twentieth Century. He also writes fiction under the name JMR Higgs, including The Brandy of the Damned and The First Church on the Moon.

John is a writer who specialises in finding previously unsuspected narratives, hidden in obscure corners of our history and culture, which can change the way we see the world. The KLF: Chaos, Magic and the Band who Burned a Million Pounds, was described as “Adam Curtis brainstorming with Thomas Pynchon” by The Guardian. Ben Goldacre (Bad Science, Bad Pharma) called it “By far the best book this year, brilliant, discursive and wise.” The leading music website The Quietus said it “Might well be the best music book of the 2010s” and it was named as one of the top ten music books of 2013 by The Guardian, The Independent and Mojo.

About Michelle Olley, the site says,

Michelle Olley is a RAW-inspired writer, editor, filmmaker, Cosmic Trigger play and event co-producer. In the 1990s, she was a director of Skin Two magazine – the world’s leading fetish lifestyle and culture magazine, and instigated their charity event, the Skin Two Rubber Ball.

She spent her twenties and thirties herding cats and scraping deadlines on various magazines, including Attitude, fashion quarterly P.U.R.E, and pioneering gay lifestyle title, Fable. She spent her forties monkey butlering in TV, principally with the European arm of late-night comedy mavericks, Adult Swim, where she championed a number of shows, not least, the criminally under-rated Venture Bros.

Much more at the Lunar site.

Of course, if you can't make it to England that weekend, you can come to Confluence instead!

Via the latest John Higgs email newsletter, which has lots of other news.
on May 03, 2018