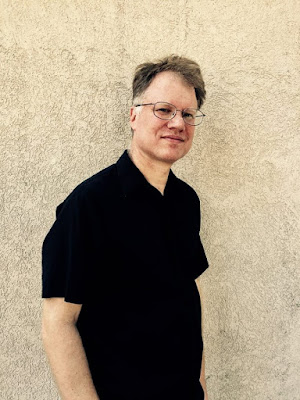 An article on the basic income guarantee, an idea that intrigued Robert Anton Wilson:

"The Indestructible Idea of the Basic Income," was published in July 2017 in "Reason" magazine by Jesse Walker; Jesse has just learned that his piece is up for a Southern California Journalism Award, in the National Political/Government Reporting category.

This part of the article sounds like a description of Robert Anton Wilson: "There is a current of thought that's deeply skeptical of both the statist forms of socialism and the monopolistic forms of capitalism, and which often fixates on quirky policy ideas—George's land tax, Douglas' monetary scheme—that aim to tame concentrated economic power without concentrating power in the government instead. The basic income fits snugly in that tradition, especially when the payments are presented not as a form of relief but as dividends to the owners of society's resources." (He's referring to Henry George, the land tax advocate, and C.H. Douglas, advocate of a "national dividend.")

Jesse also talks about Milton Friedman's negative income tax. For RAW's interest in all of these ideas, see his essay "Left and Right: A Non-Euclidean Perspective," reprinted in Email to the Universe.

There's also this reference in Jesse's article about a guy who influenced RAW's own thinking: "When the LSD evangelist Timothy Leary ran for governor of California in 1969, he declared that the state 'should be run like a successful business enterprise. Instead of extorting taxes from the citizens a well-run state should return a profit. Anyone smart enough to live in California should be paid a dividend'." Leary's idea may sound far out, but Alaska has a form of it, as Walker explains.

The Philip Jose Farmer story Jesse references briefly in his piece is "Rider of the Purple Wage," which also references James Joyce and won a Hugo Award. It's one of my favorite stories; Farmer and RAW were on good terms and liked each other's work. Jesse often writes about basic income for "Reason," but this may be the definitive piece.

(I blogged briefly about the article in an earlier post; re-reading Jesse's piece convinced me it deserved a longer take.)

A guaranteed basic income was a subject of conversation and Bill Maher's show, either the last one or the one before that. He had the mayor of Stockton on and it seems they are experimenting with that there.

Re: basic income: If you're on Twitter, follow a guy names Scott Santens. Dude's all over this topic, lots of links, etc.

Interestingly enough, Douglas Rushkoff, one of Bob’s greatest supporters, posted a podcast recently detailing the downsides of a UBI—check it out here: http://www.rushkoff.com/team-human-stupid-smart-cities-and-the-real-economy/

Wyatt Cenak talked about guaranteed basic income on his show last night. I hope you all enjoyed the royal wedding.