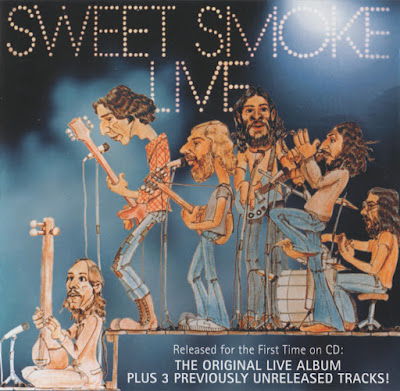 The blonde guy in the middle of this live album by the rock band Sweet Smoke is Rasa.

But although I vaguely knew that Rasa probably had an interesting past, I only recently became aware of his career as a 1970s rock musician, in a band called Sweet Smoke. Sweet Smoke has three albums available on Spotify. Rasa isn't on all of them, but he plays on the live album pictured above.

Rasa explains, "I first played with Sweet Smoke in 1970 when they first moved from Brooklyn to Germany. I wasn’t in the band, but they liked people to sit in at their gigs. At that time I was playing sitar, and mostly getting into long jams, playing off of Marvin's improvisations. Marvin was an amazing guitar player. I joined the band officially as a guitar player, playing sitar during only one piece in concerts. I was asked to join when a dispute in the band left them without a rhythm guitarist. They were famous in the 'Krautrock' scene (even though not German) from 1970 through 1974, when the band broke up. They recorded three LPs for EMI. I was on the last one." [Rasa is referring to Marvin Kaminovitz. Despite Marvin's obvious talent, I could not find much information about him on the Internet about what he did after Sweet Smoke, until I found this article.  -- The Mgt.] 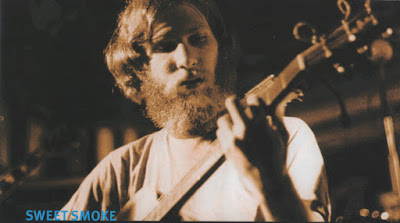 Official photo of Rasa issued by his record company, EMI.

"Our CDs are copied all over YouTube – not sure why EMI doesn’t get on that, but it probably has given us more publicity than any other venue since there are no concerts anymore.

"The band had a number of strong non-musical influences, like psychedelics, tantra yoga, and the chaos of quantum physics. In most every concert we would purposely slide one piece into chaos, just to see what would happen. At the Berlin concert, because EMI was recording, and LPs were pretty short, we held the chaos to a minimum amount of time. Sometimes those sessions went on for a while and got quite bizarre, but this is a good taste:

"A bootlegged recording made at a concert in Heidelberg is, I think, a better concert than what EMI recorded in Berlin. It's not a great recording (although our guess is that some German audiophile using a portable Uher with a good mic was in the middle of the hall), but the sound is surprisingly good despite all the audience noise:

"I made a couple of videos from my favorite moments of the Heidelberg bootleg:"

I listened/watched both videos. To my ears. Sweet Smoke sounds like a band that might well be enjoyed by fans of bands such as the Grateful Dead, Allman Brothers and Santana. I felt sad that I never heard of these guys before (I used to know a lot about rock music.)  The Wikipedia article says, "Noted for their buoyant rhythms, inventive improvisations and complex musical structures, in interviews, the group says their music was influenced by Eric Clapton, Jimi Hendrix, Frank Zappa, John Coltrane and The Beatles." 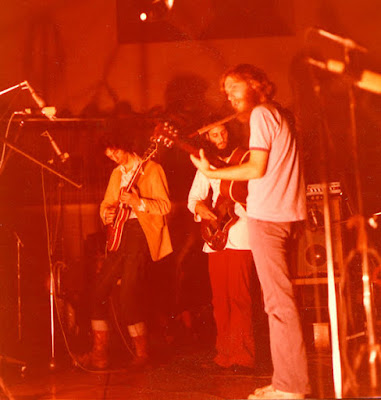 My interview with Rasa, which I see does touch briefly on his "Cosmic Hippie in Europe" period. It's a very interesting interview, mostly because of Rasa. Note that the former member of Sweet Smoke lives in Weed, California! (The town "gets its name from the founder of the local lumber mill and pioneer Abner Weed.")

Rasa in West Germany was part of an interesting scene which relates more directly to this blog; more about that soon.