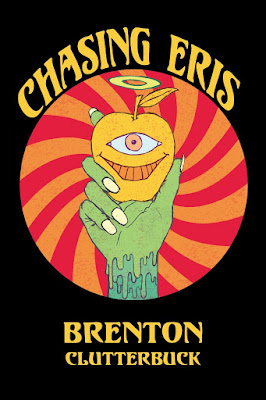 Brenton Clutterbuck has released his new book, Chasing Eris, about the Australian author's worldwide journey to find out about modern practitioners of Discordianism. The book is available for purchase here.  An ebook edition should be available soon.

The book's blurb says, "It's the most influential religion you've never heard of: Discordianism took the world by storm when it was revealed to two young hippies in 1958 or 1959.

"Who would have thought this goofy nuttiness would eventually turn into a worldwide caper involving the assassination of a US President, Timothy Leary, a rubber gorilla, a ten hour play, a million pounds of burnt cash, the German secret service, a pumpkin launching trebuchet, the Electronic Frontier Foundation, Charles Manson, twelve arrested New Orleans Mardi Gras participants, a series of murders, Kermit the frog, and an extremely confused Australian who wrote this very silly book?