Why I hate politics 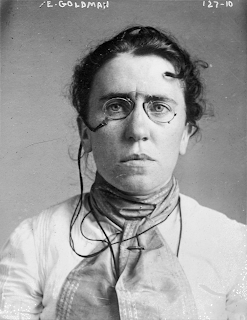 Supergee did a post not too long ago on why he hates politics. I have to pay attention to politics because of my day job, so I am reasonably well informed, although if I ever get to retire I hope to be able to not "keep up."


Robert Anton Wilson said somewhere that if voting made a difference, it would be made illegal; a similar statement is attributed sometimes to Emma Goldman.

My chief complaints are these:

(1) Much of politics is a waste of time, in the sense of being political theater. While we engage on loud noisy debates over, say, the exact circumstances in which Christian bakers can refuse service, or whether women working for Catholic employers should have to pay for their own birth control (issues that will ultimately be decided by the courts rather than elected officials), we apparently can't have a serious debate on whether the U.S. should be endlessly at war, or have a gigantic defense budget far beyond what we need to actually defend our shores.

While I think Bryan Caplan exaggerates a little bit, I agree with him that the differences between Republicans and Democrats are not as great as people like to pretend.

(2) I agree with Gene Healy that politics makes people worse. If my Twitter feed is any indication, it certainly seems to make people seem mean and dumb.   Of course, I can't stand Trump, but are Democrats any better? They produce people like Amanda Marcotte, who actually makes a living misrepresenting others' views and trying to foment hatred.  I can't believe even Democrats like her, or that even Republicans like Trump or Ann Coulter or Rush Limbaugh, although obviously tastes differ.

I realize that for many, misrepresenting the views of others and inciting hatred is the point, but that's not what my favorite commentators do. The sorts of folks I cite here, such as Tyler Cowen and Bryan Caplan, express plenty of opinions, but they don't resort to smearing to get their points across.