A libertarian look at RAW 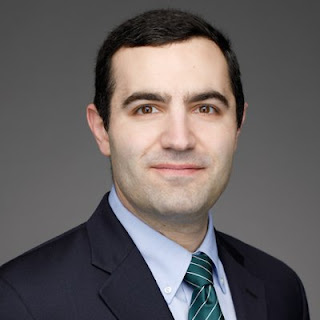 Libertarianism.org, the Cato Institute's site devoting to education about the libertarian philosophy, has just published the article "Robert Anton Wilson: Mildly Puzzled All The Time."

I thought the piece by David S. D'Amato was really well done. As you might expect, it devotes careful attention to Wilson's political views, and discusses the individualist anarchists who influenced him. It also explains how he differed from other libertarians, such as the folks in the Austrian School. (If that interests you, see also this interview.)

I liked this passage:

Interested in subtle manipulations of the human mind and the architecture of its reality constructs, Wilson closely studied the power of illusion and wanted his readers to wonder, “How much of this is real and how much is a put-on?” This idea was important to both his art and his politics. He once mused that “the ordinary reality of the conditioned citizen is somewhere around 99.97 percent mythology.” Citizens were conditioned, he argued, to believe and obey, their minds sufficiently numbed to accept the thin ideological justifications of ubiquitous government violence: “Hell, you don’t want the people you conquer to be too smart, and you certainly don’t want them armed.”

When I looked at D'Amato's Twitter account, I found a Tweet summarizing his political philosophy, apparently reacting to the common claim that libertarians are "right wing,"  that perhaps sheds light on how he was able to relate so well to Wilson: "I’m such a right-winger: I’m emphatically pro-choice, I’m a feminist, I’m for open borders, I’m a prison abolitionist, I’m for legalizing all drugs, I’m (more, perhaps, than anything else) anti-war, I’m anti-FBI/CIA/NSA, I’m anti-fascist, anti-racist, etc. Definitely on the right."

Interesting, many the libertarians I follow on Twitter, the ones who influence my own thinking, promoted D'Amato's piece or commented on it, including Julian Sanchez, Jesse Walker and Angela Keaton.