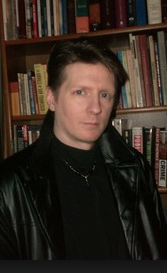 Disinfo.com has launched a new "Beginner's Guide to Robert Anton Wilson" series with a Part I article written by Samuel Morningstar.

"In this three-part series, I will present the books I (and other RAW fans) consider the foundation of his work, the bare minimum you need to read to gain an understanding of the man and what he was trying to accomplish. For sanity’s sake, I’m limiting this to just his non-fiction works," Morningstar writes.

Part One is about Cosmic Trigger. It's a nice piece that covers model agnosticism and other matters.

"The other important point that Wilson makes over and over (and people tend to miss) is how vital it is to maintain a compassionate, forgiving, and loving attitude. Compassion is important not only for surviving in a human world where selfish, predatory behavior is rewarded more often than not, but also for navigating the often rocky waters of divine revelation. There’s a reason every spiritual path on the planet places its primary focus on love and forgiveness.  This was one of the hardest lessons for me to learn, being a natural curmudgeon. I can attest from personal experience that trying to perform magick or run the energy orbits while angry or upset is a great way to screw up your life, including, but not limited to, giving yourself some really spectacular migraines," Morningstar writes.

I like RAW's fiction best of all, but I like the nonfiction, too. Let's see if I can guess the other two titles Morningstar will cover. I'm going to say Prometheus Rising and Quantum Psychology.  Probably not Cosmic Trigger II, my personal favorite among the nonfiction works.

Not bad, but Playboy was in Chicago.

Ha! I missed that!