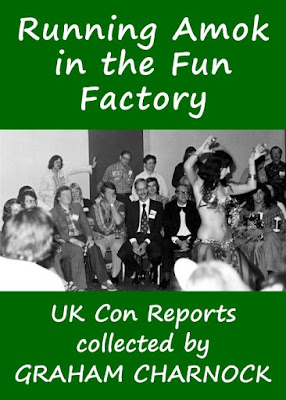 Transatlantic Fan Fund free ebooks. New on the site, according to Dave Langford's Ansible: "Running Amok in the Fun Factory_ is an anthology of favourite UK convention reports selected and introduced by Graham Charnock. _Temple at the Bar_ by sf author and early UK fan William F. (Bill) Temple, edited and introduced by the ever-industrious Rob Hansen, collects Temple's humorous fanzine writing from 1938 to 1960 -- with many a dig at his good friend Arthur C. 'Ego' Clarke. Further titles are on the way, including at least one December release."