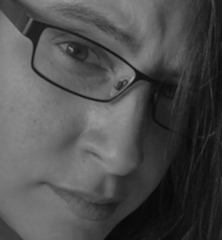 It is really yourself that is the final arbiter. If you keep yourself as the final arbiter, you will yourself be less susceptible to infection by cultural illusion. Now, the problem with this is that it makes you feel bad to not be infected by cultural illusion because it’s called alienation…the reason you feel alienated is because the society is infantile, trivial and stupid. And so the cost of sanity in this society is a certain level of alienation.

I really like the above quote. Because it reminds me that I need to get around to reading more Terence McKenna. Because I feel alienated, particularly so these days, from many of my fellow Americans. I can't forgive Republicans or the Republican Party for making Donald Trump president, but the left in the U.S. often seems just as mean and dishonest as the right.  I'm also irritated by many libertarians, at least the ones who have become Donald Trump fans.

But I also like the quote because it beings a new autobiographical series of posts at Butterfly Language that I found particularly interesting, "Mutant Days." Part One is here. Then you can read Part Two. I am looking forward to more.
on November 03, 2017