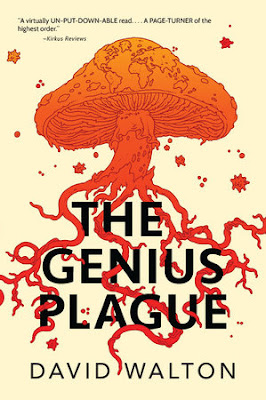 One of the best science fiction novels I have read recently is The Genius Plague by David Walton, in which a plague created by a fungus threatens to take over the world, to the advantage of the fungus and to the detriment of the human race. The people infected by the fungus become a collective ready to kill and control everyone else. In Robert Anton Wilson terms, the fungus threatens to put everyone into the same reality tunnel. I've nominated it for the Prometheus Award.