Church of the SubGenius documentary planned 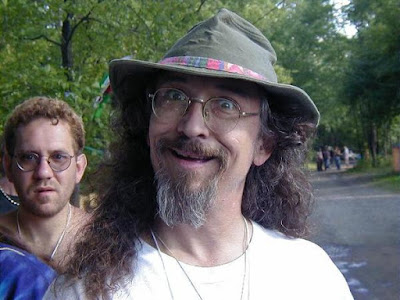 There's a Kickstarter going on, ending Wednesday, for a Church of the SubGenius documentary. At present, it's a bit short of the the goal. Lots of goodies for those who chip in.

This purports to be a documentary that will "tell the true and unabridged story of the Church of the SubGenius."

The Rev. Ivan Stang plays is straight in an interview about the planned film with Texas Monthly, although unfortunately no one thought to ask about the influence of Discordianism or Robert Anton Wilson.

Still, it's an interesting interview. At one point, Stang (explaining why he's playing it straight this time) says, "Another thing is, look what happened to other put-ons when nobody was around to say, 'Hey look, this started as a put-on.' Scientology, the Mormons, the entire New Age basically sprang from joke pamphlets done by a couple guys with fake names four hundred years ago. A lot of people don’t know that history. I’m acutely aware of it, and I don’t want the church of the SubGenius to turn into Scientology. There’s people who would do that. Who would actually try to make it into a little army, where certain types of thinking is correct and incorrect."