Heroes of 'Email to the Universe' 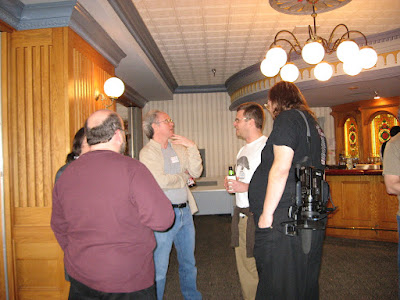 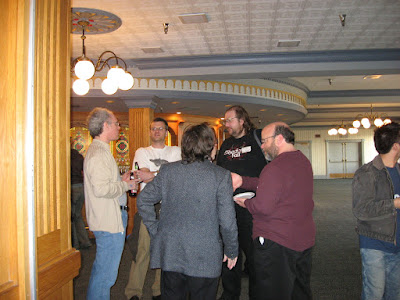 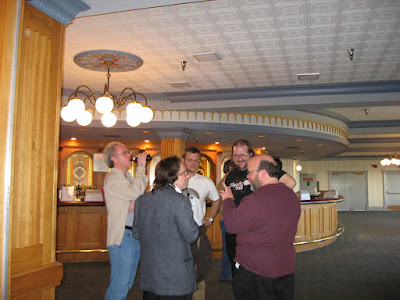 The Email to the Universe discussion group begins in one week. I'll take the first posting, and then we'll turn things over to Greg Arnott.

With that in mind, I thought I'd share some historic photos of RAW fandom that Eric Wagner recently sent to me. As you'll learn when we read R. Michael Johnson's introduction to Email to the Universe, some of these folks helped assemble the material that later became Email to the Universe.

These photos were taken in Santa Cruz, at the RAW "Meme-Orial" in Santa Cruz in late March or early May 2007, after Robert Anton Wilson's death in January 2007.

The fellow on the left in the middle and bottom photos is Michael Johnson. The guy in the purple shirt is Eric Wagner, author of An Insider's Guide to Robert Anton Wilson.  The fellow wearing a t-shirt with a platypus on it and tan slacks is Mike Gathers, who suggested what later became the Robert Anton Wilson fans site and in fact is the current host of rawilsonfans.org.

The tall man in black with the video camera is Brian Shields, a prominent RAW fan who died in 2015, see my posting. He documented much of the memorial, and if I understand correctly, much of the video on YouTube is his.

The gentleman in the grey jacket is author, editor and musician R.U. Sirius.

You'll learn a bit more about some of these folks next week.