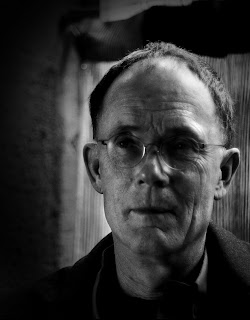 Robert Anton Wilson and Timothy Leary were fans of science fiction writer William Gibson's Neuromancer and other books. But it seems that Gibson's isn't particularly a fan of either of them.

Over the weekend, I noticed Oz Fritz's post on "Neuromancer, Leary's S.M.I L.E. and the 23 Enigma."

Oz wrote, "Gibson seems so tuned in and turned on to Leary's vision that I attempted to find out what kind of influence Leary had on him before he wrote the book.  I couldn't find any evidence that he'd ever read Leary or Wilson, but also didn't have much time to research it. Leary and Gibson certainly bonded after Neuromancer published.  Leary developed the video game Neuromancer based on the book.  He also included the two obvious life extension methods Gibson put in the novel in a 1991 essay for Magical Blend magazine: 22 Alternatives to Involuntary Death.  This got expanded and is currently available as the book Alternatives To Involuntary Death."

I knew that William Gibson is on Twitter, so I thought I'd try to get Oz's question answer. So Sunday I posted a question and got an answer.

@jacksontom No. Nor after! Utterly unimportant to me, the both of them.
— William Gibson (@GreatDismal) November 20, 2016

Oh, well! Kudos, by the way, to William Gibson for answering the question. He has about 202,000 followers on Twitter.

There is one connection between RAW and the "cyberpunk" movement.  Although I liked Gibson's Neuromancer and Mona Lisa Overdrive, I haven't really kept up with him. My favorite "cyberpunk" author was Bruce Sterling, and I've read many of Sterling's books. I don't know if Sterling ever read any RAW. But another fine writer, Lewis Shiner, was part of a group of Austin, Texas, writers who associated with Sterling, and Shiner, a big Illuminatus! fan, did one of my favorite interviews of Robert Anton Wilson. Shiner kindly assisted me in making the interview available online.

What an asinine response. I thought Neuromancer was incredibly overrated anyways. Neal Stephenson would be my favorite "cyberpunk" writer although he really parodied and transcended that genre.

Neal Stephenson is one of my favorite writers; I guess I didn't think of him as being part of the movement.

Wow, this is too cool! Tom, thanks for reaching out to WG. He remains one of my favorite living writers. I would ask him next time about the possible influence or homage to Finnegans Wake in Neuromancer I wrote about. His stern, all inclusive public denial of Leary and Wilson recalls a famous line from Hamlet about protesting too much. I also realized from the way I wrote the text quoted above that it could be taken to mean that I was suggesting he used LSD to write Neuromancer. I didn't intend to suggest that at all. Never even thought about it.

I could find no point of contact between RAW and Gibson. Anyway, the 23 Enigma information reads better as a synchronicity than something contrived based on influence. I suppose that all the influence between Leary and Gibson could have been one way from Gibson to Leary without reciprocity. There's an interesting conversation with the two of them if you google their names plus Chaos and Cyberculture. People can judge for themselves.

I anticipated no conscious influence from Leary or RAW so included the quote at the end of the piece regarding the invocational nature of WG's writing process. Jung has documented several instances of disparate sources independently arriving at similar conclusions or visions.

A new zine from Arthur Hlavaty