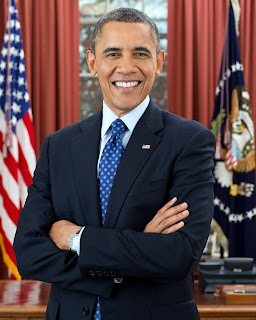 President Barack Obama served as the guest editor for the current editor of Wired magazine. The issue includes an essay by the president, and as Charles Faris noted when he wrote to me to call it to my attention, "The optimistic tone here is very Bob-like." (The essay is titled, "Now Is The Best Time To Be Alive.")

Let’s start with the big picture. By almost every measure, this country is better, and the world is better, than it was 50 years ago, 30 years ago, or even eight years ago. Leave aside the sepia tones of the 1950s, a time when women, minorities, and ­people with disabilities were shut out of huge parts of American life. Just since 1983, when I finished college, things like crime rates, teen pregnancy rates, and poverty rates are all down. Life expectancy is up. The share of Americans with a college education is up too. Tens of mil­lions of Americans recently gained the security of health insurance.

I bet Obama was singing a different tune during the wee hours of Nov.8

This optimistic view of life from the former president of America, but it is more like a statement of fact, not more. If you look at the other side of the coin, and then there were other problems that he could not see, but perhaps see Trump. I recently wrote an essay about this, or rather, helped me with this here http://paidpaper.net/review-of-essaybox/. I fully share the view of the author of this essay, but I do not believe that Trump will be able to change some aspects of American life.