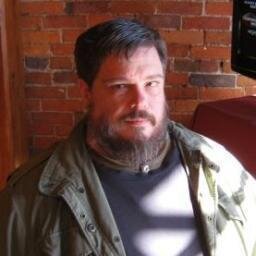 Over at Secret Transmissions, Jeff Wolfe has an interesting interview with Kevin Carson, the outspoken anarchist. Excerpt:

You have written in favor of circumvention as a tactic over resistance. Can you explain that position that includes examples?

Generally it is far less expensive and effort-intensive to circumvent authority than to work within the system to change it, or to confront it head on through insurrectionary politics.
Enforcement is the weak link in any system of power. And technology is rapidly cheapening the cost of circumvention and further increasing its comparative advantage over enforcement. The classic example is encryption and file-sharing technology, compared to political lobbying to reform copyright law or roll back the surveillance state.

At the same time, power distorts information flow from bottom to top so that those in charge of the hierarchy are living in imaginary worlds (much like the people at Gosplan in the Soviet Union).

In general, Carson's politics reminds me of Robert Anton Wilson's. I'm not claiming they would agree on every issue, but a dialogue between the two would have been interesting.

I couldn't tell reading the piece what Kevin Carson actually does for a living. Does he really support himself writing freelance articles about anarchist politics?

Among Kevin Carson's recent tweets: 'Yep. Obama could stop DAPL, pardon Chelsea Manning, whole bunch of stuff. And it's not "GOP obstructionists" stopping him.'
As for his source of income - he appears to rely on donations. A man who lives what he preaches.