Arthur Hlavaty on Alan Watts and on Illuminatus! 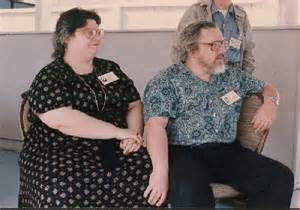 
Shortly after reading Stranger in a Stranger Land, I read my first Alan Watts book. Oh. That's what "Thou art God" means. (Well, one part of it.) Watts introduced me to the whole Hindu/Buddhist/Taoist thing (and as a full-fledged sloppy syncretist, that's how I still think of it). Yes, I do realize that quantum physics doesn't really tell us that we must eat our vegetables and refrain from clubbing baby seals, but the images of unity and wholeness and interdependence that the East teaches us do have some relevance. Watts may be the best spokesman for this sort of thing, or at least he speaks to me, and he has furnished my mind: Light shines in darkness because what else would it shine in? The environment is my body. Laws against consensual sex and drugs turn the police into armed clergymen.

On the other hand, he drank himself to death, which suggests that he was not entirely Enlightened.

My favorite brief introduction to Watts's thought is The Book: On the Taboo against Knowing Who You Are. In My Own Way is a charming, if not altogether reliable, autobio. Beyond Theology: The Art of Godmanship, The Supreme Identity, and The Wisdom of Insecurity are also excellent.

Here’s a discussion of him.


41 years ago today, I finally got my hands on the last volume of the Illuminatus! trilogy and read it. Like the authors, I knew that half of it was BS, but I wasn’t sure exactly which half. One part that was true was that it programmed me in ways that weren’t obvious for months or even years, and unlike W.C. Fields and the woman who drove him to drink, I thanked the authors for it.
Tags: annual message

Tom Jackson on November 2nd, 2016 01:53 pm (UTC)
How do you happen to remember the exact day? Do you know where you bought it? I still have my three original mass market paperbacks from the 1970s, but try as I might, I cannot remember where I bought them.

RAW said that Watts claimed to be an entertainer, which I think is one way/part of the way Bob saw himself.

Thank you. Glad you liked it.

@supergee I plan to use your recommended reading list to good advantage.