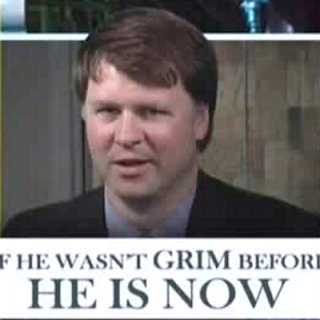 The 2016 election was not a good outcome for some of our nation's Experts, as Robert Anton Wilson called them in Cosmic Trigger Vol. 3.

Here, for example, is the Huffington Post forecast that put Clinton at having a 98 percent chance of winning.  You can also read the Huffington Post expose of Nate Silver,  by Ryan Grim which rips Silver for saying that Trump has a chance to be elected. I saw innumerable headlines from Experts at Salon about Trump's impending humiliating defeat, such as this Amanda Marcotte piece.

Commenting on the strange fact that Experts sometimes are wrong, Robert Anton Wilson wrote (in CT #3): "Yesterday a Gay Rights demonstration occurred in Washington. Naturally, the Expert police estimate of the crowd (300,000) falls far short of the estimates given by the Expert organizers (1,000,000 or more). Even in counting heads, people 'see' in accordance with pre-established programs."

Also: "You become a leading Expert by acting as if everybody else's opinion deserves no attention and never even deserves the courtesy of an answer."

Thanks for Michael Johnson for his help with this blog post.

Bonus links on the election:

Tyler Cowen on who rises and falls in status.