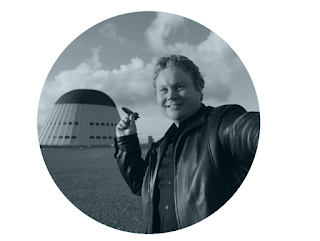 The dream of colonizing space, as advanced by Robert Anton Wilson and Timothy Leary (and many others, of course) may not be as distant as you might think.

A blog post by Ryan Hagemann at the Niskanen Center's blog notes that these are exciting times for private space ventures.

"Despite what Donald Trump seems to believe,namely that U.S. space policy is “like a third world nation,” the past few days have seen a number of major milestones. Most notably, Moon Express became the first private company to receive regulatory approval to launch a mission outside of Earth’s orbit: to the moon.

"What’s more impressive is that the regulatory approval came not from one single federal agency, but from the FAA, State Department, NASA, and the White House. (To give a general sense of just how compelling Moon Express must have been able to make their case to receive inter-departmental and -branch approval so quickly, the FAA took four years just to approve initial rules for the operation of small UAS; and as discussed earlier, they weren’t even all that good.) This is a momentous event in the history of space policy, one on par with, if not superseding, the many recent accomplishments of Elon Musk’s SpaceX. But the best may be yet to come."

The Niskanen Center, if that doesn't ring a bell, is a fairly new (founded in 2014) libertarian think tank in Washington, D.C. I want to find out more about it.