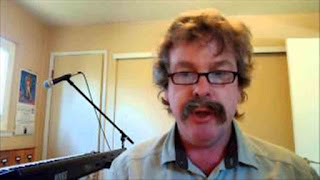 Over at Secret Transmissions, Jeff Wolfe does an interview with "crackpot historian" Adam Gorightly about the Manson cult, conspiracy theories, Donald Trump, and other topics. This is a long, thorough interview, and everyone who reads this blog should look at it. I particularly liked Adam's explanation of the conspiracy theory scene in the 1960s and how Wilson and Shea used those theories in writing Illuminatus! Adam also appears to have discovered where Donald Trump gets many of his conspiracy theories.

In his intro, Jeff writes, "What makes Gorightly stand apart is his keen sense of humor and healthy skepticism. After suffering through much hysteria myself, it was refreshing to come across a researcher unbent by a political or religious agenda. What I've found in his writing is a curious man, fascinated by the truly unbelievable synchronicities that lay right there just beneath the surface of some of histories most arcane events." This is true, but I would also add that I admire Adam's hard work when he researches a topic, and his modesty about expressing an opinion when he hasn't done the research. See for example this question and answer:

JEFF: What did you make of Gov. Jerry Brown overturning the California review board’s decision to grant Leslie Van Houten parole?  Do you think Brown really believes that she poses “an unreasonable danger to society” or more that she deserves to die in prison because of her crime? Or is the decision purely a safe political move for him to make?

ADAM: It’s hard to answer that without looking at what evidence was presented at the parole hearing, and admittedly I didn’t review any of that, so I probably can’t give a fair assessment if keeping her locked up was justified.

Just viewing it from a distance, I would doubt Van Houten is much of a threat at this point, but it’s become such a political hot button issue still after all these years, and what Governor wants to be remembered as the guy who approved the release of one of the notorious Manson Family members?

Interesting that the Manson Family and the Weather Underground were both smashing heterosexual conditioning in the same way at the same time.