The editor for the new RAW book 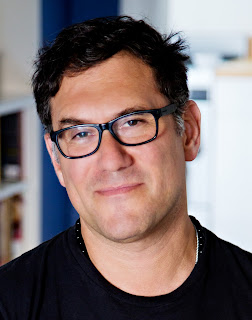 One more bit about the announcement on the new RAW biography: The editor for the projects, Mitch Horowitz, is an interesting writer in his own right. He is the author of two books, One Simple Idea: How Positive Thinking Reshaped Modern Life and Occult America. His official website links to his articles, including many that might interest RAW fans, such as "Masons and the Making of America."  Excerpt: "Washington and other early American Freemasons rejected a European past in which one overarching authority regulated the exchange of ideas. And this outlook is found in one of the greatest symbols associated with Freemasonry: The eye-and-pyramid of the Great Seal of the United States, familiar today from the back of the dollar bill. The Great Seal's design began on July 4th, 1776, on an order from the Continental Congress and under the direction of Benjamin Franklin (another Freemason), Thomas Jefferson, and John Adams. "
on March 21, 2016

I liked _Occult America_. For RAW fans who might read it, there are some interesting details that support Leary and Wilson's riffs on Westward migration of eccentric genes. Johannes Kelpius's weirdo occultist group moves from the Rhine Valley to Pennsylvania; lots of "New Age" ideas seem to have percolated in the Hudson River Valley area of upstate NY, then spread westward. Look for westward movement and the I Am cult near Mt. Shasta. They were monitored by the FBI and have a wild history.

pp.208-226 has some cool lines about how various flakes ended up in Los Angeles eventually.

The book's well researched and well worthsomewhiles, or at least to me it was.

Micheal - you think the eccentric genes have migrated to Asia yet? ; )
I see little evidence of it myself.

I think Internet happened at some chaos bifurcation point (c.1995?) and it threw off a 4000 yr old pattern. Now migration of novelty/wealth/eccentrics/innovation can occur right where you are sitting now.

Well, that's ONE way of explaining it...