An important message from Christina Pearson 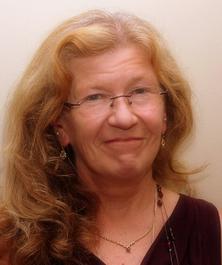 [If you want to help Robert Anton Wilson's family, you should consider buying the new editions of his work put out by the RAW Trust.

I have in the last few years bought new books from the New Falcon publishing house of RAW's work, and I assumed that my purchases provided royalties to RAW's relatives. Well, not so much. When I recently asked his daughter and literary executor Christina Pearson about the matter, she gave me a statement which I quote by permission. -- The Management]

New Falcon Publications, the firm that had the majority of contracts for RAW’s works, has been incredibly difficult to deal with, to get reports from, and to receive appropriate and legally owed royalties since shortly after my dad died.  Not only did royalties consistently come in late, I personally  have a hunch that the accounting records sent to me have not been accurate. And to make matters worse, New Falcon then continued to sell RAW books PAST the date of his publishing contract, which ended May 28, 2014. Without making royalty payments on copies sold. I am now told he is to give a “final accounting” along with royalties due this coming May.

I am utterly disgusted with the publishing industry, and am looking forward for Hilaritas Press, LLC to develop a very different approach to publishing. Here’s why.

Before RAW died, he was very concerned about making sure that his work would continue to help his children, meaning me, my brother Graham, and my sister Alexandra. Especially my brother Graham, who has suffered severely from severe schizophrenia since my younger sister’s brutal death in 1976.  He also dreamed of his estate supporting three causes close to his heart: Hospice of Santa Cruz, the  Wo/Man’s Alliance for Medical Marijuana (WAMM), and Amnesty International.

One of RAW’s great sadnesses in life was that his work never really reached a very wide audience, and thus never gave him the ability to provide for us as he really wanted to.  If it had (reached a larger audience), perhaps he would not have had such terrible financial stressors that plagued him right up until a few weeks before he died, and he might have been able to actually buy a home for he and Arlen (that was her dream), instead of always renting.
When I was very young,  I remember him having to writing a bad check to put food on the table; he cried - it crushed him. We all cried. But we ate.   It was such a relief to him when he began to actually be able to support himself and his family, but know this: in his best year ever (during the late 90’s) he actually brought home about $45,000. And this was AFTER he had raised four kids and supported a mostly stay-at-home wife for 40 years.  Never was he wealthy, never was he “in the money.” Instead though, he was so grateful to simply be able to write, and mostly pay his bills. Writing was his burning passion, his life. And my mom was “his muse.”

During the year before his death, I had many conversations with him about his writings, his hopes, and sorrows.  I promised RAW that I would work to protect his legacy and keep his work circulating to ever larger circles if at all possible. Thank goodness Rasa has been a constant support for this whole project; otherwise we would not be here today, starting to finally publish RAW’s works and eventually be able to spread the income received from them as he wished.

Here’s the bare fact: During his life he never received more than between 5-10% of the sale price of a book published by a printing label.  (Dell, Harper Collins, New Falcon, Ronin, Random House, Etc.)  Pretty pathetic, if I say so myself. To discover that the publishers benefitted so much more from his creative genius than he ever did literally makes me ill; (I must withhold my comments… !!! ) It could have improved his later years so very much.

Someday I do hope to write about our lives growing up in the House of RAW; it was incredibly textured, often mind expanding, sometimes dangerous, always challenging, now and then hilarious, and has formed in large part the being I am today.

Your Father changed my life with his books and continues to influence my world /reality view to this very day.as I buy books of his frequently just to give to others, I will gladly purchase future books as you suggest.

Thank you for sharing. Your Dad's worked reached so many of us, and continues to reach new readers even now. He changed my worldview long ago, and my understanding of his work has evolved ever since. I'll always be grateful to him for that. I wish you luck with a new publisher.

The Hunchback and The Soldier said...

Thank you for sharing the depth of his struggle and your family's hardships. I have symbols tattooed on me as a tribute to RAW and his quest, and they are also a remembrance of my brother who introduced me in high school to Illuminatus and sadly passed away tragedically. I will continue to spread RAW's enlightening messsage, and I hope you recieve the financial boon you deserve, for we have all benefited from your sacrifices.

Thank you for speaking out! RAW was (is) an important guide and a colleague of the spirit. I will certainly recommend only Hilaritas Press editions!

Thank you for this insight! RAW's works changed my life and I have always regretted not writing to him and telling him so while he was alive. I will do as you ask and encourage others to do so as well, so happy to know it can do some good. My love and thoughts are with you all :)

Thank u thank u thank u for sharing! It is a personal HONOR to buy the books from the company that will actually SUPPORT the family of a man that the whole planet was lucky enough to have.

Having bought most of his books from falcon, I feel extremely angry. I also feel a very angry letter manifesting towards them for this. Not that it will make any difference, but at least I'll get it off my chest. Greetings, Christina, united we stand.

You would easily be able to crowd-fund a book about your life growing up with RAW, if you so choose, you'd find a very supportive and patient community ready to support you. I'm sad and angry about the injustices your father suffered, but I sense that his impact is only just beginning to be known and that future generations will know the name of Robert Anton Wilson, and your sister's memory will live on and on in the collective subconscious.

I'll be buying your published copy of Prometheus rising. Thanks for letting us know whats going on.

As an author with direct experience in the decrepit actions of New Falcon (not to be confused with The Original Falcon Press), I am deeply relieved by the transfer of books and power into your able arms, Christina. Having also shared quality time with your dad, I was well aware of his struggle with publishers and how he deserved so much more during his lifetime. Now is the time to make that happen. Onward! Hail Bob!

This happens in the music industry all the time as well. Hang in there, nice lady. Have been a devotee of Mr. Wilson for a long while now. His star is finally rising again. +

What I would love is an ebook omnibus (well, of what you have rights to), I'd pay at least $100 for that, quite likely up to $200 (I think for sure it if was 90% of his books). I have almost everything on paper, and while I'd buy some stuff over, it will be a good while before I'd have spent that much on new ebooks.