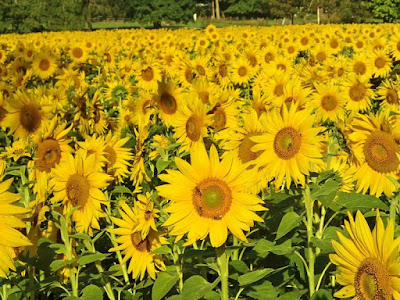 When Hilaritas Press sends out its email announcements, a highlight each time has been the dispatches from Christina Pearson, each time giving us an intimate glimpse of life with her father.

One of my favorite Robert Anton Wilson books is Cosmic Trigger II: Down to Earth, which includes vivid descriptions of life in Yellow Springs, Ohio, where he developed his anarchist philosophy, tried life on the farm and got arrested in a civil rights demonstration. Simon Moon in Illuminatus! studied at Antioch College in Yellow Springs. And I live in Ohio.

So I was delighted that Christina's latest sketch was about life in Yellow Springs:

The thing about moving to Yellow Springs was Arlen and Bob were kind of on a “back to the land” mission at the time, wanting to be close to nature, and raise us kids with good food, clean air, etc…   Now please remember, at the time we lived there I was 6 and 7 years old. So this is of course, my 7 year-old point of view. And, my view was that Bob and Arlen belonged in a city! And bless her heart, I knew my mom loved TV dinners! But off to Green Acres we went! (As far as I was concerned, my mom was MUCH more beautiful than Zsa Zsa Gabor…)

It was 1962 and 1963, Bob was already experimenting with mind altering substances, and in communication with other psychedelic explorers like Tim Leary. Where we lived was out on an old homestead, in a ramshackle house with three rooms and an outhouse. (Yup, no indoor toilet… and we took baths in a big metal tub that my mom would plunk down in the kitchen and fill with water from the sink spigot).

Regularly visiting was an eclectic group of folks ranging from Zen monks, biracial couples (some of the first in the area) and college students to random intellectuals, who would often gather at our place for outdoor meals, fire circles, and various discussion gatherings.  Marijuana was smoked, mushrooms were eaten, songs were sung, and I remember at one point, Bob receiving sacred peyote from a Native American tribe through the US mail legally. We also received our baby chickens through the mail; and at the same time which is why I remember the peyote at all – they came together, in two separate packages.

It was an interesting time, as I was beginning to understand that my parents were “different.” Not everybody’s parents seemed to dance nude under the full moon, or threw fresh bushels of sweet corn they grew on the land up to the engineers in their sooty cabs on the freight trains slowly rumbling by on the nearby railroad tracks.

It was there in Yellow Springs, sitting on her lap one starry evening, that my mom taught me the word “ecology,” explaining how important it would become during my lifetime. Prescient, she was.

Meanwhile, back to snow. It was always a problem, as we were really not prepared for it. My feet would often freeze and I would cry. But there WAS a wonderful experience I remember having to do with snow; we built an igloo! Yup, with snow, water and a shovel, us kids (with help from the neighbor kids) built a rounded dome out of snow, packed it down, then dug out the inside (Guess it wasn’t a real igloo) and then the grownups sprayed it with water to firm it into a little dome of ice.

To me, the igloo was magical; you could go inside it, and it was warm (relatively speaking). Also, it was kind of dimly luminescent, with a tiny bit of light filtering through the dome’s icy walls. One day, I was upset about something and huffed off to hide somewhere, and ended up sitting inside the igloo alone. I sat there for quite some time, thinking that “they” (one of the family) would come find me and apologize. For what, I have no idea now, I just remember the feeling of huffiness.

So I sat there, and sat there. And sat there some more. No-one came! I was offended! Didn’t they even notice? What if I was lost?  Soon, my butt was getting cold sitting on the icy floor.  I had been angry, but the feeling began to slip away as I noticed something odd. If I kept my eyes open, but didn’t look at any part of my body, and looked at the inside of the igloo, it was just as if I had no body! I felt like I was floating in a big ocean of nothingness, I WAS a big ocean - and only my eyes existed, and they were kind of like the eyes of the world looking at itself because there WAS nothing else!

The eerie filtered light within the icy curve-walled igloo made it so there was no differentiation between the ceiling, wall, and floor.  I slightly squinted, to see if I could identify anything, and found that I could not! It all fit seamlessly together.  A feeling of peace came over me (no, it was not frostbite) and the thought occurred to me “everything flows into everything.”

Suddenly, there was a large body leaning into the igloo’s little door, darkening and filling the entrance. It was Bob, who had come looking for me! He couldn’t fit inside, but he was able to get his head and shoulders in, and he said “Nice place! Are you ready for dinner?” I quickly said “Did you know everything flows into everything?”  Bob smiled, and reaching out his hand for me, said “Yes, It does.” Grabbing his hand, I crawled out of the igloo knowing that something special had happened, what, I wasn’t sure – I just knew it was good.

Today, some 53 years later, I find great delight in snow, it’s pristineness, its sparkle of rainbow hued ice crystals in the sun, its surface covered in tiny whorls created by wind, and I think back to that moment within a house of ice; where I shared my “discovery” with Bob that everything flows into everything.

Awesome story. Thanks for posting.

Yes! I love these blogs from her. And like you Tom, I'm particularly interested in the "Yellow Springs period."