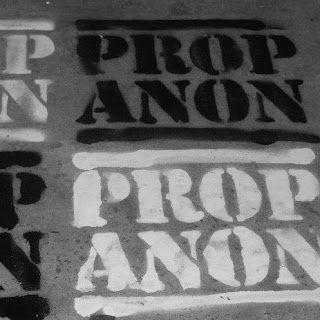 Bogus Magus reports at the Maybe Logic blog, "Our very own PropAnon has landed a book deal with TarcherPenguin, to produce a book entitled "Chapel Perilous: The Life and Thought Crimes of Robert Anton Wilson" due in 2017."

Here is the announcement from Mitch Horowitz on Facebook:

Friends, I am happy to let you know about an exciting new project here at TarcherPenguin: "Chapel Perilous: The Life and Thought Crimes of Robert Anton Wilson" by Gabriel Kennedy. This is a biography of one of the greatest esoteric philosophers and literary adventurers of the 20th century: Robert Anton Wilson (1932-2007) , who dared to take seriously questions of the occult, other dimensions, and weird-but-plausible forces – yet Wilson never became a hardened ideologue and always pushed back at settled belief systems (including his own). Writing in a voice at once scholarly and street, Gabriel – known in underground culture as Propaganda Anonymous (his "Squat the Condos" album presaged Occupy Wall Street) – demonstrates how Wilson’s heroic uncertainty and attitude of experimentation just might save us in an age of coarseness and encamped opinion. Look for it in 2017!

Wilson certainly deserves a biography, but John Higgs should write it.

I'm very excited to hear this. And thanks for that thought Fyrefly, though I've long been of the opinion that a RAW biography needs to be written by an American, if only for practical reasons - it would need a lot of interviews and hanging out with those who knew him, I think, to capture him properly. What I couldn't understand was, with over 300 million Americans, why was it taking so long for one to step up? So, I'm really happy to hear this, I like the title very much, I confess I don't know anything about the guy writing it but can't wait to see what they come up with - and I'll be pre-ordering this as soon as!

I can't wait! I hope that the author takes into serious consideration how much St Bob means to his fans and gives him the honor, respect, and dignity he deserves.

The author is undoubtedly a great person who write so intelligently. The bibliography samples provide bets writing techniques which is awesome.