RAW Festival planned in California in 2017 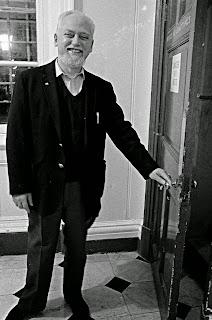 The  latest RAWTrust newsletter, announcing the publication of the Prometheus Rising ebook, also has an announcement from Christina Pearson: She is trying to to put together a RAW festival in July of 2017.

In honor of July 23rd being Robert Anton Wilson Day in the town of Santa Cruz, CA (the Mayor of Santa Cruz announced this at the Santa Cruz premiere screening July 23rd, 2003 of Maybe Logic, the documentary that focused on Bob’s ideas and perspectives), and of course also in honor of the Dog Days of Sirius, which seem to envelop July 23rd in most calendars…

We (right now I think it is mostly me) would like to create some kind of Investigatory / Celebratory / Transformatory / Interactory (hey, my new word!) multi-day process, not only to bring together in fun and friendship those who knew Bob personally, but also to inspire, cultivate, interconnect, and perhaps even showcase some of the creativity of the wonderfully wide spectrum of individuals around the world who have been touched in some way by his work.

Ideally, we would love to also see the British stage production of Cosmic Trigger (developed and produced by Daisy Eris Campbell) brought here to the USA and performed onstage for our delight during the festival…

Christina will be setting up a crowdfunding effort in a few weeks to try to make this happen, and of course I'll let everyone know here when that is announced.
on March 26, 2016