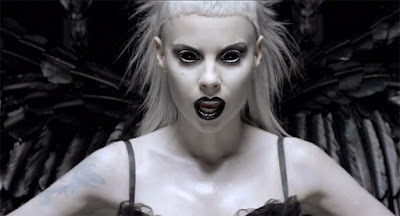 The folks at Ultraculture (a nest of RAW fans) have just published an article, by Andrei Burke, on "8 Celebrities Who Practice Chaos Magic."

Robert Anton Wilson is listed as one of the eight, and the article explains, "Robert Anton Wilson’s books—like The Illuminatus! Trilogy and Cosmic Trigger—were early influences on the development of chaos magick. You could say that his suffusion of Sufism, Taoism, Zen, General Semantics, Thelema and a host of other philosophical and mystical traditions made him an early adopter of chaos magick."

If you're a little hazy on what "chaos magick" is, the article explains and offers a free ebook on the subject, along with Ultraculture's online courses.

I think Die Antwoord are also fans of Wilson.