A reply to the attack on Terry Pratchett 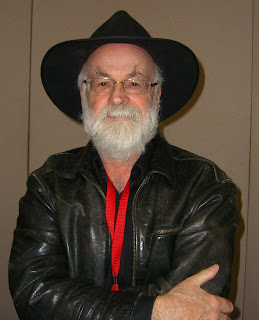 I am sensitive to literary politics and literary fashion — I am convinced that perhaps the main reason Illuminatus! has not received the attention it should from literary critics is simply because it was published as science fiction. So when I found out via Twitter about the attack on Terry Pratchett and people who read "potboilers," published in the Guardian, I wrote a response for my newspaper.

There's a lot more I could have said. For example, despite what Jonathan Jones says, I am far from convinced that Gabriel García Márquez was a better writer than Ray Bradbury. Yes, One Hundred Years of Solitude is a good novel, and if you haven't tried it, you may have missed something. But although Bradbury was more of a short story writer than a novelist, I still think The Martian Chronicles and The Illustrated Man are really good books, and stories such as "The Pedestrian" are really memorable.
on September 01, 2015

Terry Pratchett is one of my favourite writers and here is a great piece in response to that Guardian article: http://www.christopher-priest.co.uk/journal/2605/you-dont-know-what-it-is-do-you-mister-jones/