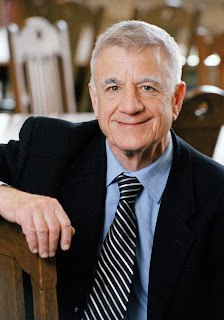 I know that libertarianism is not for everybody. A large percentage of the time, it's not for me. Although I tend to self-identify as a libertarian, I don't find the ideology terribly useful in discussing environmental issues, for example. Many libertarians are not very good at talking about the poor, or discussing issues that concern minorities. (There are quite a few honorable exceptions.)

This doesn't mean that I'm pleased with the seemingly endless parade of asinine critiques of libertarianism that appears in the American press.

I didn't think any publication in America could top Salon for shallow unfair hit pieces on libertarianism, but Commonweal, which describes itself as an "independent lay Catholic journal of opinion" which is "tolerant in tone," appears to have set a new standard. It's just published a piece called "Libertarianism's Iron Cage," by Alan Wolfe, a formerly Marxist political scientist who morphed into a Bill Clinton adviser.

Much of the criticism from libertarians has focused on this passage:

There is a libertarian way of riding a bicycle, of taking your medicine, finding a spouse, giving blood, and even calling a cab (can you say, “Uber?”).

And it certainly is a weird passage. I've gone to Libertarian Party gatherings subscribed to "Reason" magazine, followed libertarian blogs and read books by libertarian thinkers (not just Robert Anton Wilson, but also more mainstream libertarian authors). I've never heard of a libertarian method for riding a bike, or swallowing pills, or giving blood, or any of Wolfe's other examples.

I mean, really. What would the "big government" method be for swallowing an Ibuprofen?

But there's a much worse passage:

There are few pacifists among libertarian activists and thinkers; though the movement theoretically opposes force, it has no place in its ranks for those who reject war.

Robert Anton Wilson, while not quite a pacifist (he could envision using force to defend his family) was antiwar. He participated in the antiwar movement during the Vietnam War and strongly denounced the Persian Gulf War and Iraq War.

Jesse Walker, a Libertarian editor at "Reason" magazine and a RAW fan who has helped this blog many times, is a co-founder of the Come Home America antiwar group (whose blog runs on the side of this blog.)

OK, maybe RAW is a "weirdo" libertarian, and maybe Jesse read too much RAW. What about mainstream libertarians? Let's look at the main libertarian movements and organizations.

The Libertarian Party puts out official press releases on its web site; here is a release denouncing the Republican-controlled House for voting to "jack up military spending"; here is the release that calls for shutting down the CIA.  And here is the open letter to Rand Paul, arguing that the U.S. should stay out out Mideast wars. Go ahead, look at the other releases. Find me all of the pro-war ones.

When the Kochs exercised a hostile takeover of the Cato Institute, the only big libertarian think tank in Washington, D.C., there were fears that Cato's antiwar stance would be watered down and that it would be turned into an arm of the Republican Party. (I was one of the people who was worried.)

Well, all of my favorite Cato foreign policy pundits are still there. Was Doug Bandow purged? Nope, still there.  Christopher Preble? Still there, too.  You can view the Cato foreign policy and military affairs section, which says, "Cato’s foreign and defense policies are guided by the view that the United States is relatively secure, and so should engage the world, trade freely, and work with other countries on common concerns, but avoid trying to dominate it militarily. We should be an example of democracy and human rights, not their armed vindicator abroad." Sounds just like Dick Cheney, huh?

The Von Mises Institute has a very strong antiwar stance.  The Center for a Stateless Society crowd, i.e. Kevin Carson, Roderick Long, Chad Nelson, etc.? There are to the left of other libertarians on certain issues, and solidly antiwar.

Antiwar.com, to whom I have given money, was founded and run by hardcore libertarians. Murray Rothbard, a very influential libertarian thinker, was solidly antiwar, to the point where he was willing to form somewhat odd coalitions in the hopes of keeping the antiwar movement alive. Ron Paul, easily the most popular and influential libertarian of the modern age, is solidly antiwar. Rand Paul's campaign for president has pretty much fallen apart, at least for now, largely because of a sense of betrayal fans of Ron Paul feel over Rand's stance on peace issues. The popular EconLog blog is strongly antiwar in sentiment, with contributions from David Henderson and Bryan Caplan.

Trust me, I could go on.

Yes, there are some libertarians who have been pro-war, at least for certain wars. As with other political movements, there are differing opinions, and people who think for themselves. But everywhere you look in the libertarian movement, at the official political party, for example, or all of the main think tanks, you can't help but notice that in general libertarians are strongly antiwar. It is hard to see how an honest political scientist, considering the evidence, could miss that.

Wolfe ends his piece with a cliched complaint about "Americans dismayed by political cynicism." Perhaps one reason why Americans are cynical about politics is that they are tired of the dominance in political discourse of propagandists like Wolfe.

Regarding the libertarian-environmental position, you're right. Libertarians, by and large, seem to be lacking in addressing environmental issues. But where they have addressed them, I think you'd find yourself largely in agreement, if I had to guess.

And like other issues, libertarians tend to be all over the map on environmentalism. Some, like Mary Ruwart, have detailed how *true* enforcement of (what most of us think of as) private property rights would make for a cleaner and more respected landscape. Others, like Kevin Carson, Grant Mincy, and other "Ostromites" have outlined how common property and collective management would benefit the environment. That's not to say Ruwart, et. al. are at odds with one another. Differences in the various libertarian-environmental positions probably tend to hinge on how the person views property rights.

I recently read Kevin Carson's section in "Studies in Mutualist Political Economy" on the land/property issue and I thought he did an excellent job covering all of the various libertarian foundations for property rights.

Interestingly, that Wilson interview that we just reprinted at C4SS has some really fantastic back and forth on land & property "rights". Wilson's views seem to be in line with the Tuckerite individualist anarchist position.

In classic Wilson fashion, he takes what's a pretty dry, sometimes hard to grasp philisophical topic and puts it in really compelling terms:

"You can “prove” anything on the verbal level, just by accepting the necessary axioms at the beginning. Empirically, I don’t think they can produce a single case in history where a free people elected landlords to own the land; the land monopoly always starts with conquest. Shot and shell are the coins of purchase, as Herbert Spencer said. Except by force of arms, nobody “owns” the earth, anymore than the moon, the planets, the stars themselves. When did God disinherit the majority of humanity, and turn all space over to the “ownership” of the Rockefellers and their friends? Without armed power threatening us, why would anyone but a fool continue to pay these conquistadors the extortion they demand? And, even if the Austrians could convince me that rent is legitimate, I still wouldn’t voluntarily pay it to the present landlord class who remain receivers of stolen property. I would pay it to the nearest Indian tribe."

Having some of Wilson's commnentary from this interview in the back of my mind while reading Carson really helped make it click.

...but I digress. I think if I had to sum up the overarching libertarian-environmental position in a sentence or two, I'd say that libertarians favor removing political privilege for powerful interests. Thus, pollution and environmental degradation would actually be enforceable torts, instead of things looked past by the justice system in the interest of "progress."

Are there still minarchists? Back in the 70s they were the only ones worse that the Randroids. Defense is the only legitimate function of the state, so anything the cops and the military do is OK, but gummint money to the poor is Stalinist terror. They're the kind of people who support private-enterprise prisons.

Well there are some clever geo-libertarian solutions to the environmental problems. Here's one:

My problem is solved when I have bsn nursing capstone project examples for the students. It is doing a best job.