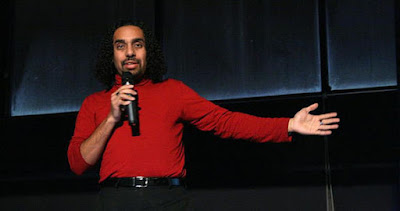 I recently was elected to the board of the Libertarian Futurist Society, the group that annually gives out the Prometheus Award and the Prometheus Hall of Fame Award. So I am busier than ever with the group (I also sit on two judging committees, the panels that come out with the list of finalists for each award.)

The way that the award works is like this: Any dues-paying member of the group can nominate a work. Each of the two committees then goes through the nominees, reading as many as possible and coming up with a slate of five finalists. All of the members of the LFS then are emailed a ballot to vote on the awards.

Here is a list of the Prometheus Award winners for the last ten years:

What I am struck by looking at this list is that I'm rather proud, in the main, of the works that have won the award. If you are well read in science fiction, you may have read some of those books.

What you may notice is that most of the winners are not, in fact avowed libertarians. Ramez Naam noticed this and remarked on it when he accepted his award last year, according to an article in our newsletter. "I have a great respect for the intellectual rigor and honesty of this award that you can see by the fact that more than half of the winners of the award in part are probably Marxists or socialists. At least as many Marxists or socialists have won this as libertarians in the past. I think this is a testament to the honesty of the award. By awarding it to whatever book and author has most advanced liberty from whatever end of the political spectrum it has come."

If you happen to enjoy reading science and you have libertarian leanings, I would invite you to join us. More information here.

George R.R. Martin recently wrote a nice piece on the various SF awards, suggesting that if conservative SF fans are unhappy with the Hugos, they could start their own award. Incidentally, did you hear David Gerrold's joke about Martin? He had to leave Twitter because he killed off all 140 characters.