Kerry Thornley and the summer of love 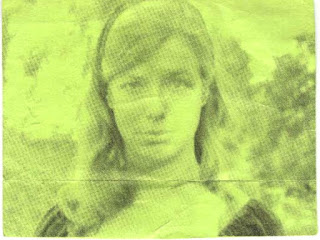 Adam Gorightly returns with a blog post about Kerry Thornley and his circle in 1967 in California, when the hippie movement was at its height. I particularly enjoyed the story about how Thornley and Louise Lacey, who must be an interesting character in her own right, tried to get high from bananas:

In March 1967, the Los Angeles Free Press ran an article about how you could get high from smoking banana skins, including instructions on how to prepare the stuff. Kerry decided to give this new craze a go, and in the company of co-conspirator Louise Lacey visited the local Safeway supermarket, as the two of them cleaned out the produce section of their banana supply, then brought home the banana bounty, removed the fruit and baked the inner portions of the skins on cookie sheets just as the Los Angeles Free Press article had instructed.

While this cosmic concoction was cooking, Kerry and Louise went around the Watts neighborhood, ringing door bells and offering skinned bananas to any interested parties. As Louise recalled: “This was a mostly black neighborhood, who knew Kerry, at least by sight, but still they weren’t interested. He explained that it was an experiment, and that no one had messed with the bananas (which were getting brown), but they thanked him and shut the door, again and again, so we gave up.”

You'll have to read the whole post to get the rest of the story, as Paul Harvey used to say. Ms. Lacey remains interested in plants.
on September 08, 2015

The banana skin smoking hoax is a fun case for those who like to try to trace down the true origins of pop pranks and memes.

My favorite narrative: Paul Krassner published The Realist across the street from the East Village Other. One day Krassner joined his editor-friends at the EVO (one of which was Walter Bowart, who later wrote _Operation Mind Control_, one of the great paranoid books, and conspicuously difficult to find, considering its popularity at the time it came out, but I digress...), and they were discussing Pauwels and Bergier's _Morning of the Magicians_, and the passage about how the structure of the LSD molecule is very similar to serotonin, which it is. One of them noted that bananas contained serotin, and Krassner said the editors of EVO "deliberately" conflated serotin with serotonin and launched the Great Banana Smoking Hoax.

Very soon in SAn Francisco there was a banana Smoke-In. Some guy started a mail-order biz for dried banana skins, charging $5/oz.

Krassner SAYS (let us pause to remember Krassner the uber-prankster, whose professes satire as his only sacred cow) that the Bureau of Narcotics and Dangerous Drugs and the FDA whipped up machinery to measure the illegal substances in bananas.

Krassner says the LA Free Press, the same one Thornley and Lacey had read, promoted jalapeno peppers as an hallucinogen that you used as a suppository. Stoners were jamming vegetables up their asses. For awhile. Soon after this Krassner did a benefit for the anarchistic street-theater San Francisco Diggers and told the audience that a psychedelic substance called FDA was soon coming out. Sure enough, Time magazine reported that a super-psychedelic called "FDA" was coming. Krassner: "Silly me. I thought I had made that up."

For those who like to sleuth out the fact from fiction in such Amazing Dope Tales, see Krassner's _Pot Stories For The Soul_, pp.86-91, which includes Krassner's data - take it with a grain of salt, some dried banana skins, and just a hint of jalapeno - and David Peel's piece about how he believed and actually got high off banana skins..until someone gave him some really good pot. And don't miss Jay Lynch's bit about how, as editor of Chicago satirical rag the Chicago Mirror, he started the idea that you can smoke dog shit and get high. Some people took him at this word and tried it. And there's also the story of the Great Yippee Valentine's Day Caper: Abbie and Anita Hoffman asked Jimi Hendrix for $2000 to buy pot to roll into joints and then they'd send a single joint with a Valentine's Day card to random people in the US mail. Hendrix gave them $1000 to avoid the transaction being traced. They spent $800 on 6 kilos of pot, the rest on stamps and envelopes. A TV newscaster received a joint and talked about it on the 9PM news, telling the audience that the police were on their way to the station right now, and that you should turn your joint in to the cops because marijuana "is a dangerous drug that can drive people insane."

Wasn't Coca Cola and aspiring also supposed to get you high?

I would have known the peppers part was wrong. I read you blog, Michael, so I know you're supposed to EAT the hot peppers.

What I heard was that Coke & aspirin could work as a date rape drug (although we didn't call it that.)

I was one of those hoaxed by the LA Free Press banana peel story and my wife and I spent a busy day trying to get high on the things. It's good to know that higher beings than I were capable of being fooled.

LOL Its hard to beleive anyone would be so gullible to put a Jalapeno pepper up their ass. Wouldn't do it twice!!