A mid-1970s newspaper article about Illuminatus! 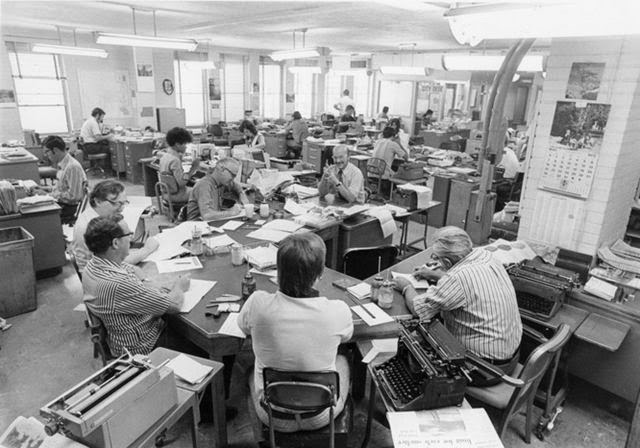 [Editor's note: Adam Gorightly ran across a newspaper clipping about Illuminatus!, written by a journalist who read The Eye in the Pyramid and interviewed Robert Shea,  and sent two PDFs on to me; I have posted the PDFs but I have also typed in the article to make it easier to read. This apparently ran in late 1975 or in 1976 in the Chicago Sun-Times. The late Peggy Constantine was a well-known journalist there from 1960 to 1988. This article gives some valuable bits of information, although it's amusing she gets the name of the one of the co-authors wrong, and even manages to get the title of the first book of the trilogy book wrong -- The Mgt.]

"I had spent an hour with my analyst. I stood outside a bookstore window and saw all the paperbacks about the occult and James Bond and conspiracies and all those things, and I decided I had the nucleus of a novel."

That's Robert Shea's explanation of how he came to write, with Robert Angus Wilson, a trilogy of far-out, fascinating science fiction thrillers, the first of which is Illuminatus! (Dell, $1.50).

Shea, an editor of Playboy Magazine's Forum column, and Wilson knew about the ancient Bavarian secret society of the Illuminati, which existed to arrange events for its membership's well-being. Shea says that to this day the John Birch Society believes that the Council on Foreign Relations is a front for the Illuminati. Shea and Wilson were also turned on by the Discordian religion, which preaches that disorder is in the world for a reason.

Shea's idea was simple enough. A couple of New York detectives would start a murder investigation and wind up in a Pandora's box planted by the Illuminati.

The co-authors submitted three chapters and an outline to Dell, and Dell sent back a $4,000 advance for them to carry on. They wrote alternate chapters.

"We allowed ourselves to be carried away," says Shea. "The beautiful thing was that I would work on something and Wilson could come up with 5,000 words he had written, and it would be a complete surprise to me."

They sent Dell two boxes of complete manuscript after two years of writing. ("The Dell editor blew a gasket. For a long time, the book sat at Dell. It's had five editors.") Some 200 pages eventually were cut.

Dell decided to issue a trilogy. "The Golden Apple" comes out in October and "Leviathan!" in November.

"Illuminatus!" is carelessly written and difficult to read. As Shea says, he and Wilson let themselves go, and that means any and all contemporary social and political issues are stuck into the plotline. It is almost impossible to follow the New York cops in their work and know who's who.

Yet the blessing is a contagious energy in the writing and funny, Playboyish digs at sacred cows and society. A Nixon-like character, for instance, takes uppers and downers to get through his day, but he loves dogs.

Shea originally wanted just to make money. Now he thinks the trilogy may be more serious.

"We seem to be saying the Illuminati is the cause of the trouble of the world. Everything would be wonderful if it weren't for this conspiracy screwing things up. But we know that is not true. What we really are suggesting is that the world is its own worst enemy."