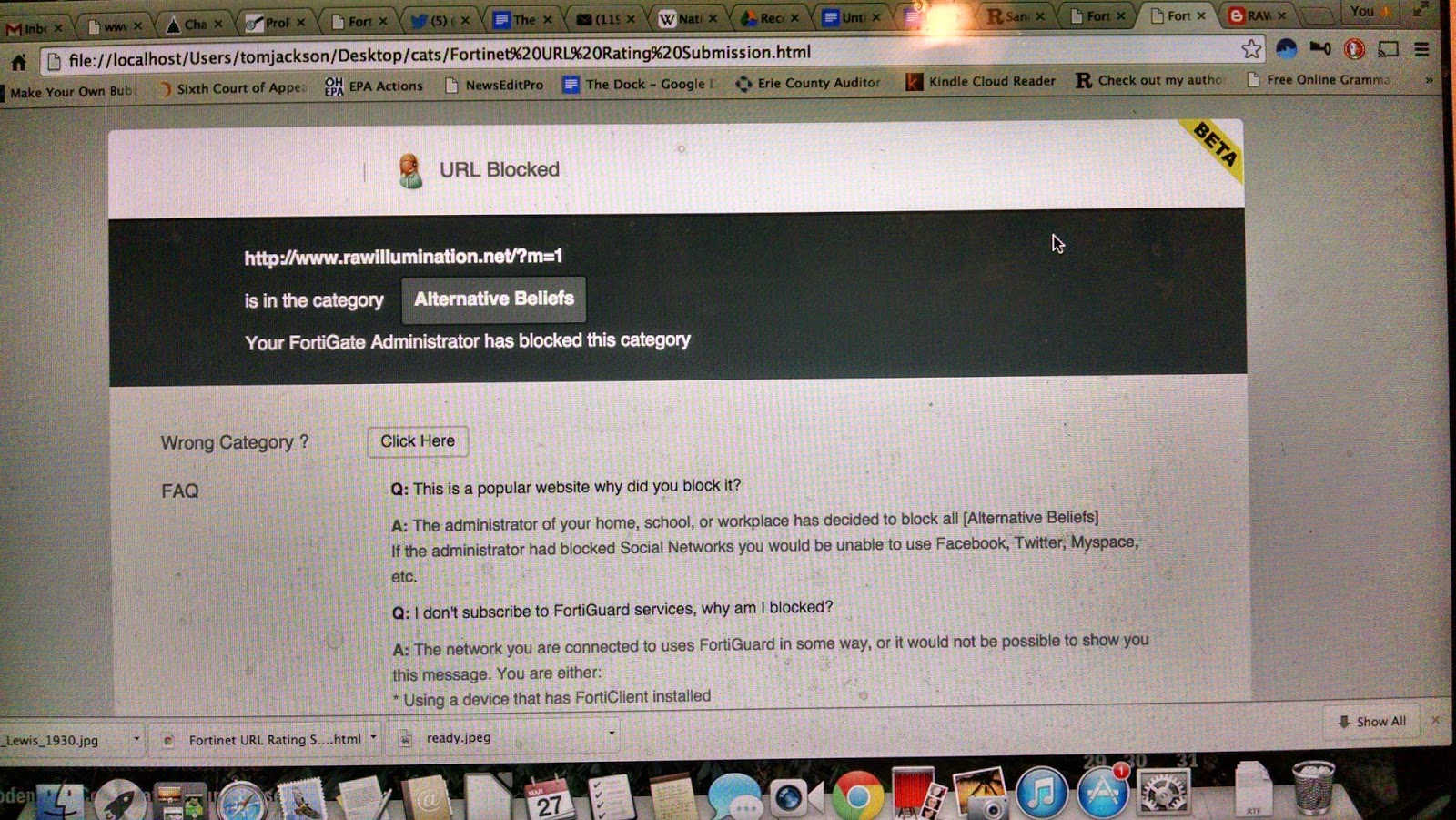 You may think you are just reading a literary site, devoted to a somewhat obscure American writer, but you are wrong. You are accessing forbidden fruit!

Yesterday, I took my car to the oil change shop and I accessed the shop's courtesy wi-fi on my smartphone and checked this site to see if it was up, did I have any new comments, etc. But I couldn't access it. A message (above) said I was blocked from RAWIllumination.net, because I was offering "Alternative Beliefs." See the link for more information.

It's said that early in the 20th century, book publishers competed eagerly to be "banned in Boston" because it was so useful for marketing a book in the rest of the country. I'm hoping this site will acquire a similar cachet, although I admit that "banned by Valvoline" isn't quite as interesting.