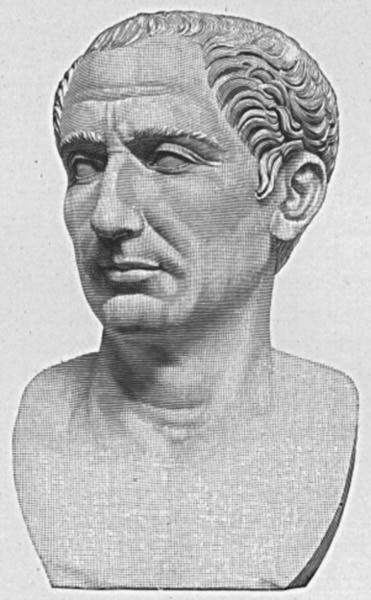 Illuminatus! says that Julius Caesar has a typical personality for the Unordnung period of history

Fission Chips stumbles into the Starry Wisdom Church, has a series of visions, meets the Dealy Lama and hears another version of the story of the Golden Apple and hears about "a series of Visions" (pages 486-489) of people passing through Chaos, Confusion, Discord, Bureaucracy and Aftermath.

This is the Illuminati Theory of History, which gets a long description in Appendix Gimmel (pages 742-756). If I understand the theory correctly, we are currently in the transition from Bureaucracy (the age of big government) to Aftermath (the age of Internet).

I thought it would be amusing to attempt apply the model to the history of Rome, a period of history I am relatively familiar with.

The early days of Rome, when Rome was one nation-state among many in Italy, let alone the whole of  southern Europe, would correspond to Verwirrung, or Chaos, when no nation dominated the Mediterranean, where classical culture was located. There were attempts to impose an empire upon the area -- the Athenians, for example -- but all of them failed. In the appendix, Wilson and Shea says this is the period in history when people lived without a state. Well, early classical culture did not have a dominating state. (Even when Alexander the Great ruled all of Greece and much of Asia, he didn't hold sway over Magna Gracia in Sicily and southern Italy, over Carthage and so on.)

The second stage, or Zweitracht, the discordant period, is governed by "a ruling class which attempts to control the others" and by "the imposition of one man (or one group's) will upon the others" (page 749.) This would correspond with the "rise of Rome," the turning of the Mediterranean into a "Roman lake," with the conquest of Italy, then the rest of the western Mediterranean with the defeat of Carthage, then the expansion into Greece, Asia Minor and the eastern Mediterranean. Soon there was no area of land bordering the sea that was not under Roman control.

In the next period, Unordnung or confusion, "an attempt is made to restore balance or arrive at the Hegelian synthesis" (page 746). The late Roman Republic was a time of endless civil war, forcing Roman leaders to bring balance by turning the enterprise into an empire. This transition was begun by Julius Caesar and continued by Augustus. This worked out well only for awhile. Illuminatus! says that this is a "time of turmoils, troubles and tyrannies that appear and disappear rapidly" (page 751). This is a rather good description of the Roman Empire's time of troubles in the third century, when the empire almost fell. One emperor after another arose and quickly disappeared, typically after being murdered. 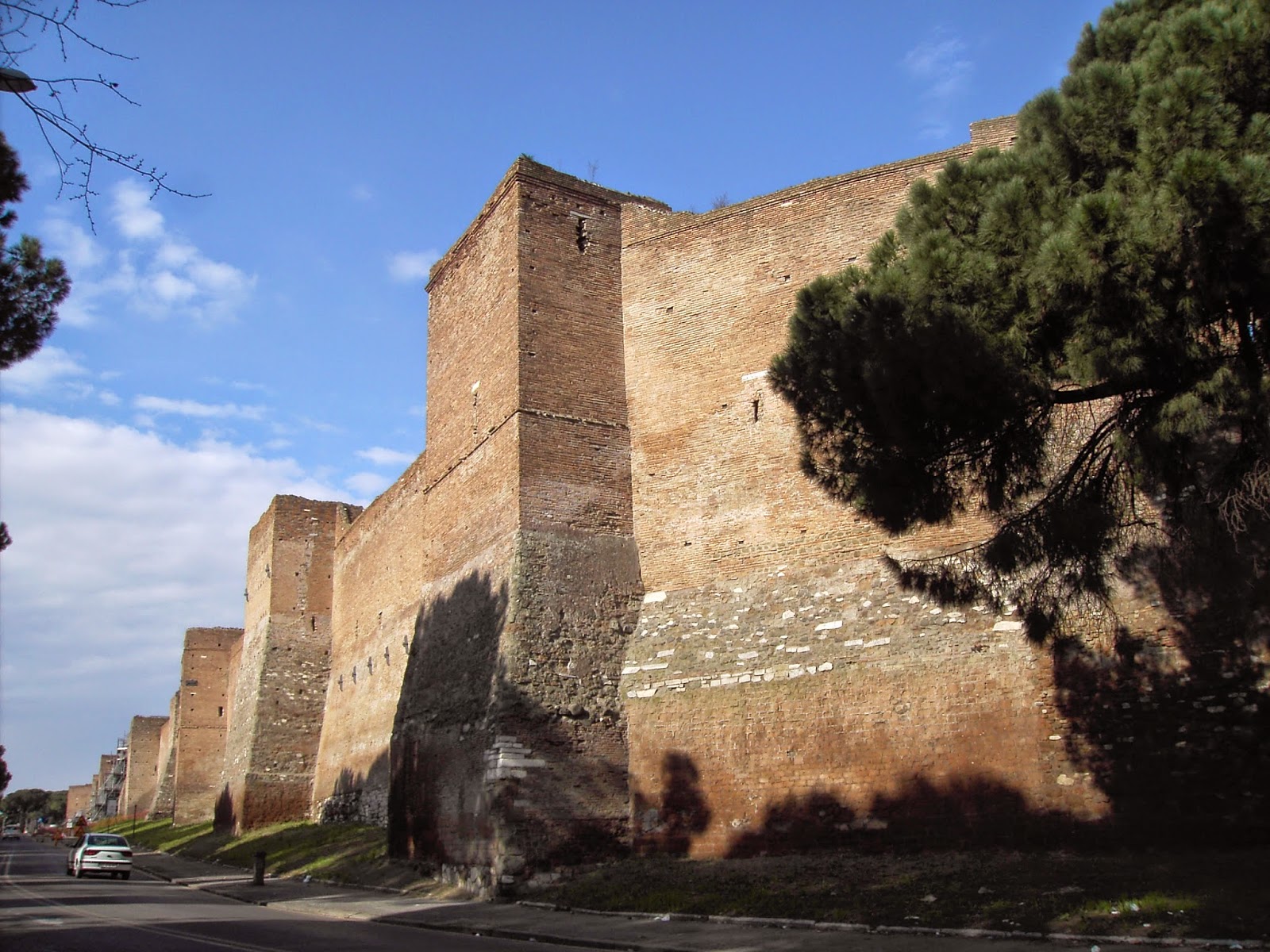 A section of the Aurelian Wall built around Rome as the empire transitioned into Beamtenherrschaft.

The next period, Beamtenherrschaft or bureaucracy, or "oppression by exhaustion," page 752, and corresponds in Roman history with the restoration of the Empire, the period of the late empire, by the likes of Diocletian. During this period of Roman history, the standing army was expanded, taxes were increased to pay for the army, the empire was divided into more numerous administrative districts, and more fortifications were erected. (This is the period of The Tower in Tarot, Wilson and Shea say). Rome itself was fortified by the emperor Aurelian during the transition to Beamtenherrschaft.

The last period, Grummet or aftermath, represents the transition back to chaos, when "authority has collapsed entirely" and there is "a renewed emphasis on clans, tribes and communes." This would correspond with the collapse of the western Roman Empire and its replacement with clusters of German tribes, monasteries established all over the place, and so on. Illuminatus! says that a "dropout" is the classic Grummet persona (page 754) and monasticism certainly represented an attempt to drop out and preserve learning.

Of course Chaos, Confusion, Discord, Bureaucracy and Aftermath are also the months of the Discordian calendar.

Fission Chips' trip on p.478-479, which he seems to take in stride as if this happens all the time, shows him characters from both Wizard of Oz and Alice in Wonderland both considered pregnant with qabalistic lore.

This line stood out for me:

"... and now ships are floating by - everything from old Yankee Clippers to modern luxury liners, all of them signaling the S.O.S. semaphore desperately - and a bunch of airplanes following in their wake."

The Dealy Lama's line on p. 484: " I don't give a fuck for Good and Evil" recalls a line from Crowley's Mass of the Phoenix:
"Save me from Evil and from Good!"

It seems possible that St. Toad subjected Fission Chips to Aklo so as to send him on his trips...

Also on the Lovecraftian front, I just finished watching the TV show True Detective, which also uses the Cthulhu mythos as a backdrop. Nice to see "Carcosa" act as a metafiction across media.