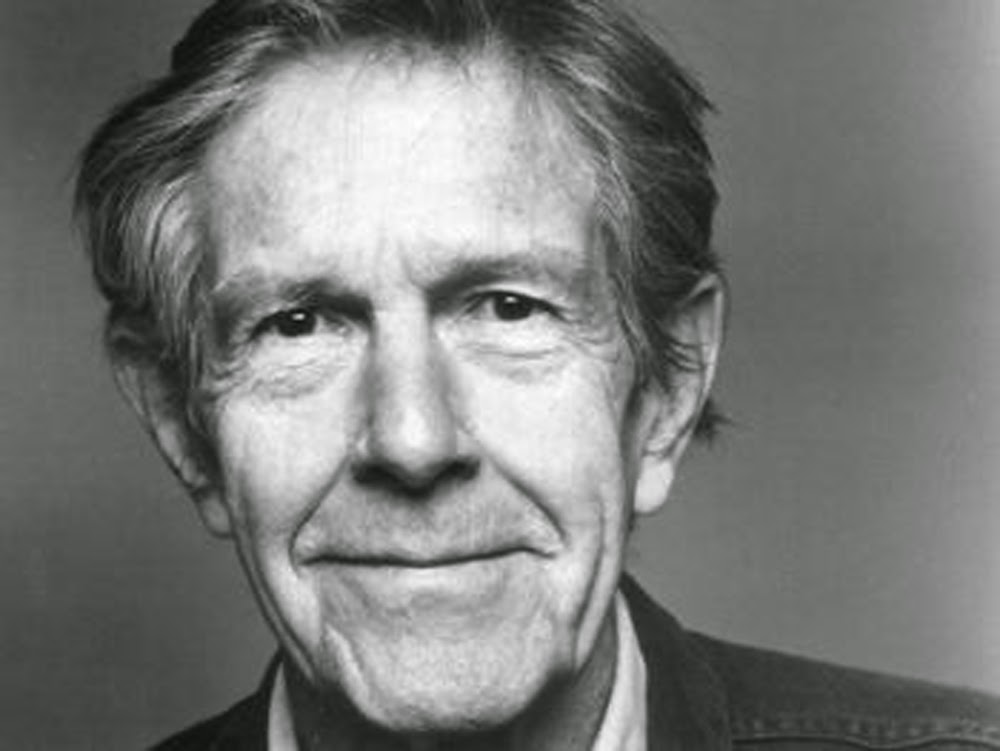 Year ago, in an otherwise unmemorable piece, a record reviewer wrote, "For years, people have been trying to figure out if Frank Zappa is a genius or an asshole."

Much the same could be said about the late avant-garde composer John Cage. But who knew a blog posting about Cage could plunge all fandom into war?

Supergee's blog posting, "Why John Cage should never have been taken seriously as a composer," has drawn 17 comments so far.

Arthur's post, tagged "asshat," begins with  a quote from Cage. It says "If you develop an ear for sounds that are musical it is like developing an ego. You begin to refuse sounds that are not musical and that way cut yourself off from a good deal of experience."

Arthur then comments, "If you develop a preference for food that tastes good, it is like developing an ego. You begin to refuse inedible food and that way cut yourself off from a good deal of experience. Hire me as a chef."

(If you're wondering why a post about John Cage is in a blog about Robert Anton Wilson, see Oz Fritz's post. If you squint hard, the Robert Anton Wilson five minute exercise Oz describes could be seen as a performance of Cage's 4'33".)

It seems to me that a composer should be judged by his music, not by whether he ever said (or did) anything that could be judge silly or wrong. Cage's piano music (both for "prepared" piano and for regular piano) is often quite good. Prokofiev looks like an "asshat" for deciding to return to Russian when it was ruled by Joseph Stalin (it must have been one of those "it seemed like a good idea at the time" kind of things) but I'm obsessed by Prokofiev's music.

Check out this performance of "Dream" by Cage.  For all of his reputation as an "out there" guy, much of Cage's music seems listenable even to people who hate modern classical music.
on January 07, 2015

I love John Cage. He certainly has made me listen differently. I read a biography of Stockhausen in the 1990's, and it seems Cage really shook up Stockhausen.

Also, I have my music history classes do 4' 33" every year. Some of the students consider it their favorite classical piece.

Sorry to disagree with Supergee but IMO Cage was one of the greatest *theorists* among modernist composers as well as one of the most challenging. I was privileged to "hear" (or listen intently to) Cage "play" 4'33" in concert in Goleta nearly forty years ago. It was like being at the first performance of Stravinsky's Le sacre du printemps, only less time consuming :)

That RAW exercise mentioned did remind me of 4'33" at the time.

Cage remains a tremendous influence on me and also changed the way I hear. He also appears a huge influence on many experimental musicians I know.

Once Iggy Pop came into a session I was on with Laswell and asked him for some help to make some background music to accompany a short poem he'd composed for a John Cage tribute. I told the story here:

The poem itself is here.

It could be viewed as a broad response to critics.

I enjoy the Sonatas for Prepared Piano. Sometimes, when I want a drug-like effect of sensory overload, I listen to ROARATORIO. I once performed some live Cage for mixed media (reading snippets of random text in any order we wanted, with microphone, for 3 minutes while a colleague timed it, all while sound collages filled the room).

I see the famous 4'33" as being very much like the Sufi exercise of sitting and listening and noting every sound in one's environment. Much of Cage is very zen-inflected, in that he wants you to PAY ATTENTION to sound, and maybe consider that "music" as a category can be defined in much wider terms.

My verdict: NOT an asshat. YMMV.

I agree that Cage was the greatest theorist among modern composers, and I imagine that people reading him were enlightened thereby and had great listening experiences. On the other hand, one would prefer to listen to the music of the greatest composer among modern composers, rather than someone who says not merely that more things can be musical than we usually think but that drawing any music/unmusic distinction is unenlightened.

And as to Zappa, I embrace the power of and

What makes the debate interesting is that John Cage arguably was both a genius AND an asshat, and not just in the sense that all of us are "asshats" on occasion. The denigration of the audience, and the judgments of average people who enjoy music, has been an ongoing subject of debate in modern classical music, and Arthur's criticisms are actually relatively gentle.

Mr. Cage certainly seems like a cosmic schmuck to me.

Where does Cage denigrate the audience? I must of missed that in my reading of him.

I always sort of thought of him as closer to a Zen Master than a composer. He did things with sounds (and words and deeds) to shake us to attention.

So I guess I'd say, for a Zen Master, he was a pretty good composer.

Oz, I wasn't referring to Cage but meant the sort of classical music hipsters who pressed people to listen to chance music, total serialism and anything else that didn't have a recognizable melody. There's been kind of an expectation that you're supposed to listen to that even if you don't like it, and I understood that was part of what Arthur was talking about.