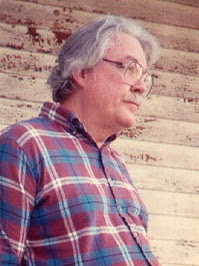 Robert Shea, author and publisher of 'No Governor'

In the light of recent events, here's a quote from Robert Anton Wilson on civil liberties:

Civil liberties remain indivisible, and what can be done to Catholics or Mobil Oil today can be done to Protestants or nudists tomorrow. ("If they can take Hancock's wharf they can take your cow or my barn," as John Adams once said.) Since the majority always rejects the Bill of Rights whenever a sociologist tries the experiment by offering it for approval by a cross-section of the population, and since George Bush earned great enthusiasm for his attacks on the ACLU, I don't suppose most people will understand this point, but we libertarians  have to keep saying it over and over, every generation, and hope it will eventually register.

That's from a letter to No Governor, Robert Shea's anarchist fanzine. I'm stating the obvious, but I think if you read Wilson you'd see he opposed attacks on freedom of expression and also opposed scapegoating entire groups of people such as Muslims.

Here is Ross Douthat on "The Blasphemy We Need."