Eric Wagner on the 'Ulysses' centennial 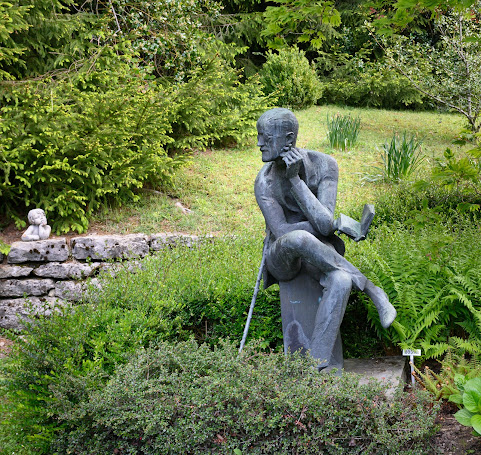 In 2011 the North American James Joyce Conference in Pasadena, CA, had a Ulysses reading group and a Finnegans Wake reading group. I don’t recall seeing anyone besides myself who attended both events. The Joyce scholars who seemed to me the “Big Guns" (Shelly Brivic, Tony Thwaites, Vincent Cheng, etc.) attended the Wake meeting but not the Ulysses event. A number of grad students from local universities attended the Ulysses event. They all seemed to own their own copy of the revised edition of Ulysses. I don’t recall seeing any grad student sat the Wake event. The Ulysses event took place at the Huntington Library. The Finnegans Wake event took place in Albert Einstein’s library at Cal Tech. Ailing Joycean John Bishop attended the Wake event via Skype.

I just finished watched Ken Burns and Lynn Novak’s documentary on Ernest Hemingway. Some people consider Hemingway the dominant author in English in the twentieth century. Others think Joyce had a bigger impact. McLuhan thought Joyce prefigured the radically changed technologies of the twentieth century and beyond. Perhaps our current world resembles the works of Robert Heinlein, Robert Anton Wilson, and Philip K. Dick more than the world of Hemingway and Joyce.

I write this on January 31, 2022. February 2 marks the one hundredth anniversary of the publication of Ulysses. The Washington Football Team plans to announce its new name on the same day. I don’t see any connection between the two events, but I plan to celebrate both. I have loved Washington’s NFL team since 1971, but its name has bothered me for years. I liked when it changed its name to the Washington Football Team. I have read Ulysses thirteen times at this point. Bob Wilson told me to read it forty times. I don’t plan to do that anytime soon, but if I live beyond the age of 111, I may well read it a few more times. I may even reach forty. In his essay “Brain Books”, Bob Wilson wrote: “Nobody has really entered the 20th century if they haven’t digested Ulysses.  And if they haven’t entered the 20th century, they’re going to fall pretty far behind pretty soon, as we enter the 21st.”

UPDATE: RAW Semantics comments on Twitter.  Was RAW kidding about the 40 times?

Eric Wagner is the author of An Insider's Guide to Robert Anton Wilson.

At time Bob told me to read Ulysses forty times, we had just discussed Ezra Pound’s suggestion to read forty Henry James novels if you want to learn how to write a novel. Bob and I commented that neither of us had ever had much success reading Henry James. I suspect that conversation influenced his Ulysses comment. Of course, I have a tendency to take Bob too literally, and he might have simply meant simply to read the book a lot.

Thank you for this blog post Eric, today is an important anniversary and I intend to spend it in a Joycean headspace.

I imagine Wilson wouldn't have thought reading Ulysses forty times would be a waste of effort, however literally he meant his advice. I always enjoy reading your Joyce pieces Eric- the reading groups sound fun! (I never had any success with Henry James either.)